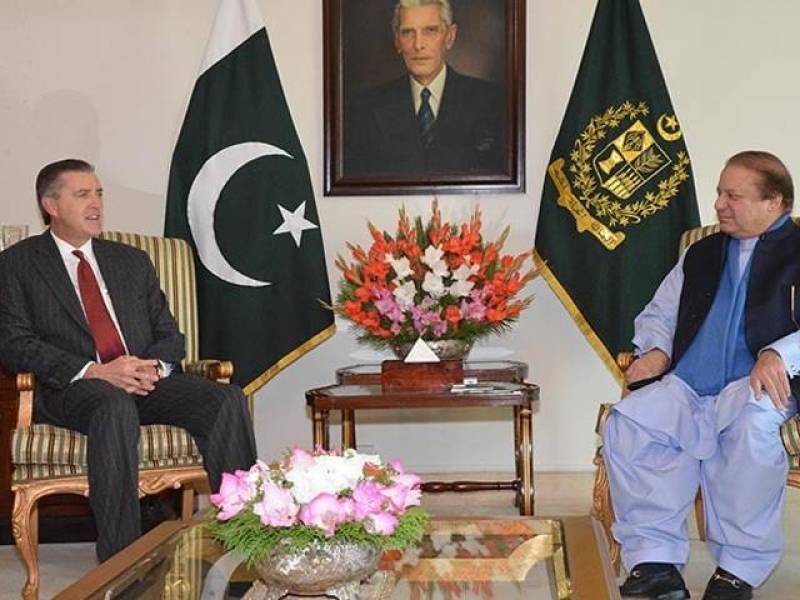 The Prime Minster appreciated the role of American Ambassador in improving the bilateral ties between the two countries.

David Hale will replace Olson who was appointed as ambassador to Pakistan in 2012 after Cameron Munter resigned from the office as a result of tense relations between Washington and Islamabad following US raid that killed Osama bin Laden.

Hale is a career diplomat and longtime Middle East expert. He has been U.S. ambassador to Lebanon from 2013. He has served as special envoy for Middle East peace and was ambassador to Jordan from 2005 to 2008.