Peshawar BRT service to resume after clearance by Chinese experts 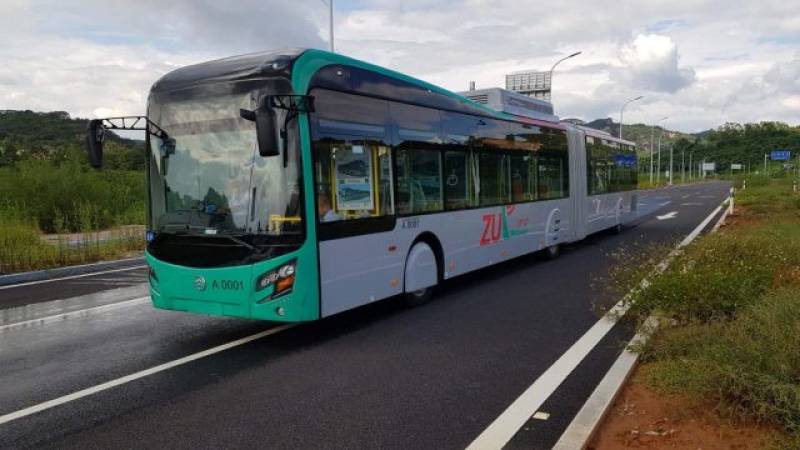 PESHAWAR – Special Assistant to Khyber Pakhtunkhwa Chief Minister on Information, Kamran Bangash on Thursday clarified that temporary suspension of Bus Rapid Transit (BRT) service was to save precious lives and dig out main cause of fire eruption.

Reacting to the criticism on suspension of BRT operation, he told the media that Chinese team from manufacturers has been arrived to probe fire eruption cases reported in BRT buses.

He said team would submit a report after completing investigation of fire eruption that would help authorities to deduce the main cause.

Service would resume after acquiring proper clearance from Chinese technical experts, he added.

PESHAWAR - Keeping in view the safety of the passengers, the Khyber Pakhtunkhwa government has decided to temporarily ...

He said the government was aware of the problems faced by people added that no compromise will be made on safety of general public.

The CM aide said that that preliminary report hinted possibility of a technical problem that would be fixed by Chinese team.