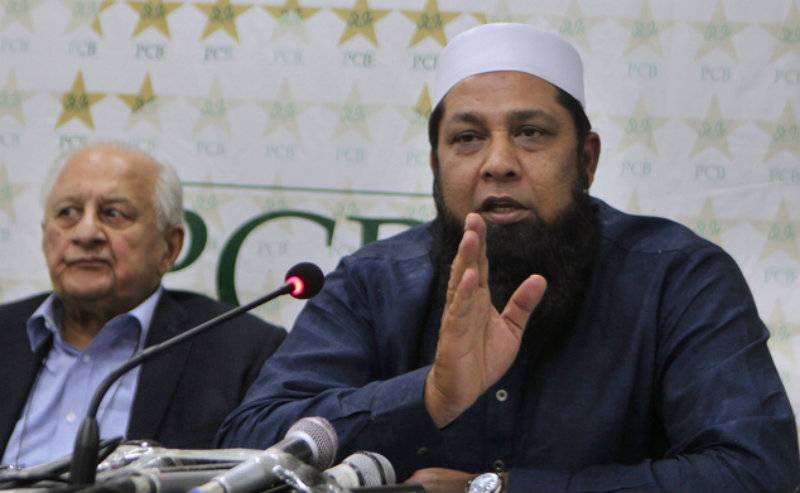 During a press conference alongside PCB Chairman Shaharyar Khan at Qaddafi Stadium, Inzamam-ul-Haq specially thanked Afghan Cricket Board for releasing him for what he described as “national duty.”

“I will try to perform my national duty with complete honesty and professionalism,” he said, adding that he would try to do justice with his job.

“I don’t have any magic wand to fix issues being faced by Pakistan cricket. But you will see positive change in coming days,” he said. Haq said that he had requested PCB to allow him to select members of the selection committee.

Haq said that he would give importance to coach and captain before finalizing the team. “All of us will have to work together for the betterment of the team. Coach and captain will be part of the selection process,” he said.

To a question, he said that too many changes in the team would be harmful to the team. The former skipper hoped that PCB would let him work independently. “I am thankful to PCB for accepting my request. I have selected a former spinner, a fast bowler and someone involved with first class cricket,” he said.

Shahryar stated that the name of the team s coach will also be announced in a few days, adding that it was not necessary for the head coach to be a Pakistani national or a foreigner.

The PCB chairman also announced that former spin legend Mushtaq Ahmad will serve as the head coach of the National Cricket Academy (NCA).

Khan said he is thankful to the Afghan Cricket Association for their cooperation in regards to Inzamam’s appointment as the Pakistan’s chief selector.

Tausif Ahmed, Wasim Haider and Wajahat ullah Wasti are the others members of selection committee.