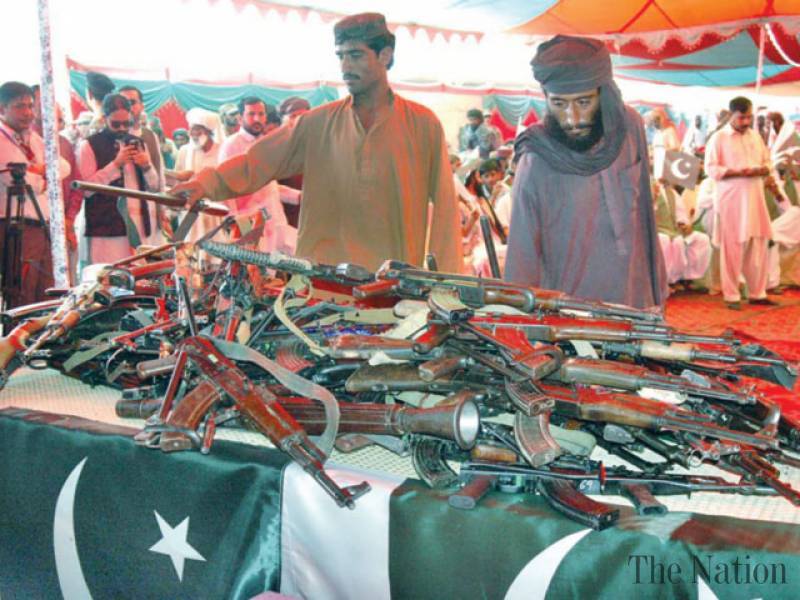 QUETTA (Web Desk) - Four members of a Baloch banned organisation including a commander surrendered to the provincial government, alleging that they were given training in Afghanistan by the Indian intelligence agency, reported INP.

The rebels Abdul Sattar Musawwar, Najeebullah, Idrees and Iftikhar of the banned Balochistan Republic Army (BRA) surrendered their weapons to the government.

The commander and one of the founders of BRA, Abdul Sattar Musawwar informed Interior Minister Balochistan Sarfraz Bugti, "RAW trains the members of the organisation in Afghanistan."