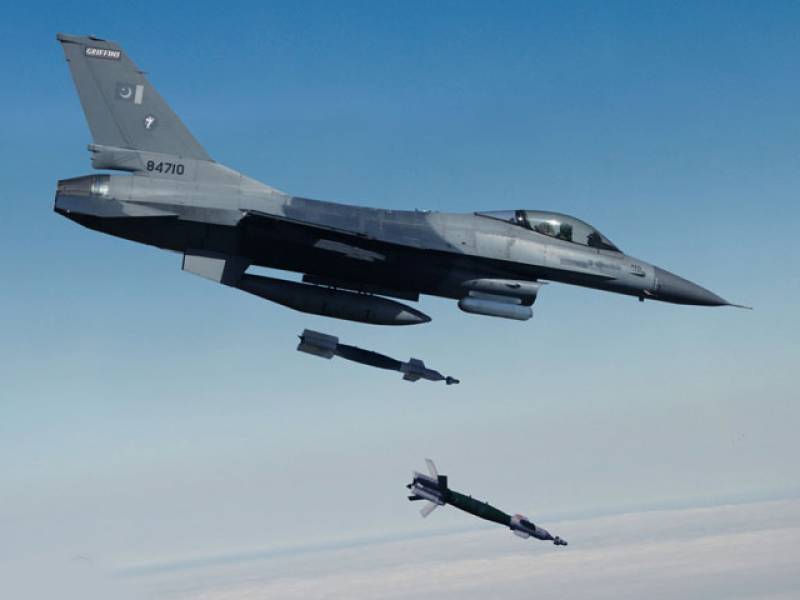 PESHAWAR (Staff Report) - At least 11 terrorists were killed as a result of a joint aerial and ground operation in various parts of Khyber Agency on Thursday.

A statement issued by Inter-Services Public Relations (ISPR) said at least 11 terrorists were killed and four others injured after Pakistan’s fighter jets carried out air blitz near Pak-Afghan border.

At least eight militant hideouts were also destroyed during the operation, which was conducted in Babar Kachkol, Toor Sapar and adjoining areas of Khyber Agency, the statement added.

A day earlier, Pakistan Air Force jets had targeted hideouts of militants in a mountainous region of Khyber Agency right on the border with Afghanistan as army launched an operation to reinforce deployment of troops along the Pak-Afghan border to effectively check movement of terrorists.