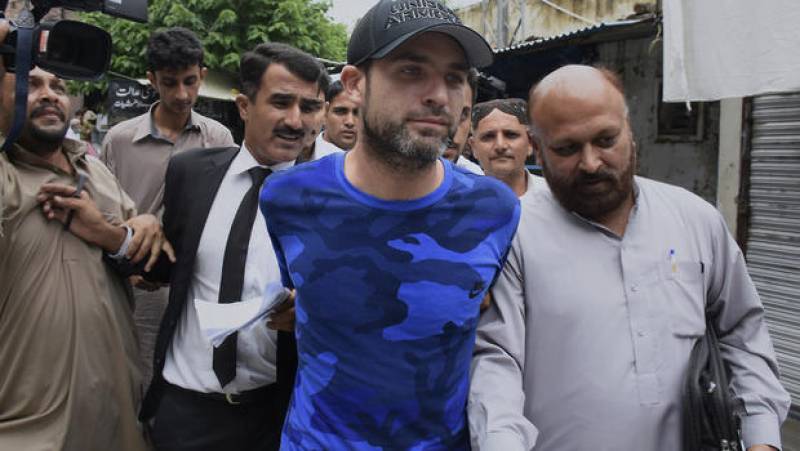 RAWALPINDI (Online) - The civil judge and judicial magistrate of Rawalpindi have refused to deport a blacklisted US citizen, Matthew Barrett, for not producing an original copy of notification issued by Interior Ministry, adjourning the hearing of the case by till today (Thursday).

The court has ordered the police to produce the relevant record along with original copy of notification today.

Federal Investigation Agency (FIA) Investigation Officer Inspector Rana Akram on Wednesday appeared before the court regarding deportation of US citizen and sought permission to deport Matthew Barrett while quoting the notification of Interior Ministry.

"What kind of IO you are that you appear before the court without record and how the court can release order on mere verbal references," the court questioned.

It is worthwhile to mention here that Matthew Barrett was deported from Pakistan in 2011 on his alleged involvement in anti-Pakistan activities and connection with Black water.

Later, the accused was arrested by law enforcement agencies after conducting a raid at a local hotel of Islamabad and was handed over to FIA for further investigation.

A case had been registered against Matthew under 14 Foreign Act and the local court had sent him to jail on judicial remand.