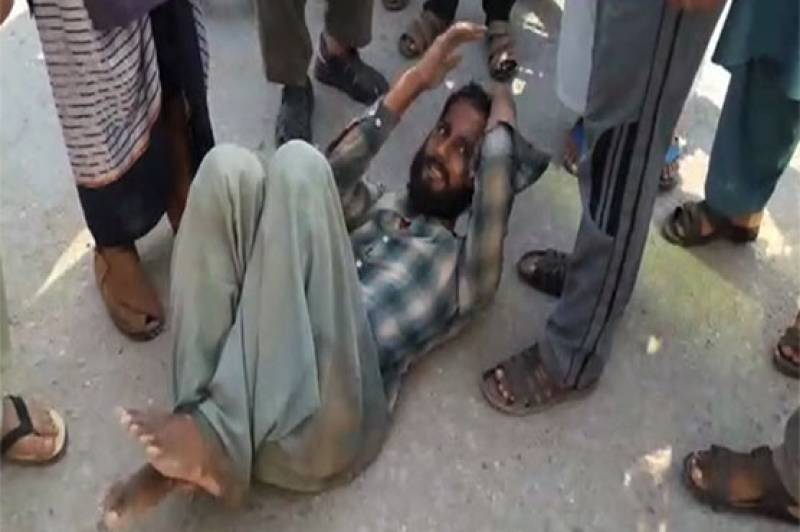 GUJRANWALA (Web Desk) - An alleged child lifter was caught and thrashed by locals in Gujranwala on suspicion of his attempt to kidnap a child.

The incident happened on Thursday when reportedly the kidnapper tried to enter the home of a person named Farhan residing inIqbal Town area to abduct a kid. 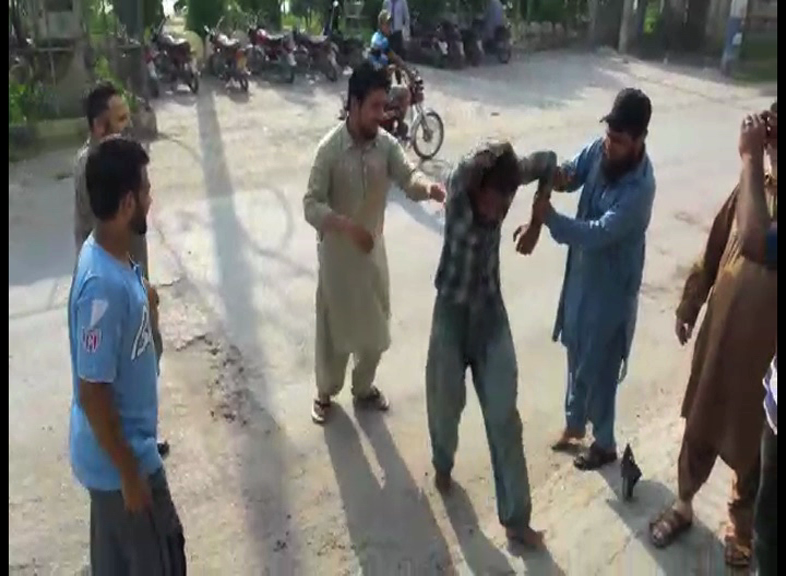 The family who was asleep, fortunately got up and foiled the attempt of kidnapper. The suspect tried to flee the scene but got caught.

The residents after beating him mercilessly handed him over to police. Police identified him as Naveed.

Laterwards, it was revealed that the alleged kidnapper was a begger and had nothing to do with child lifting.