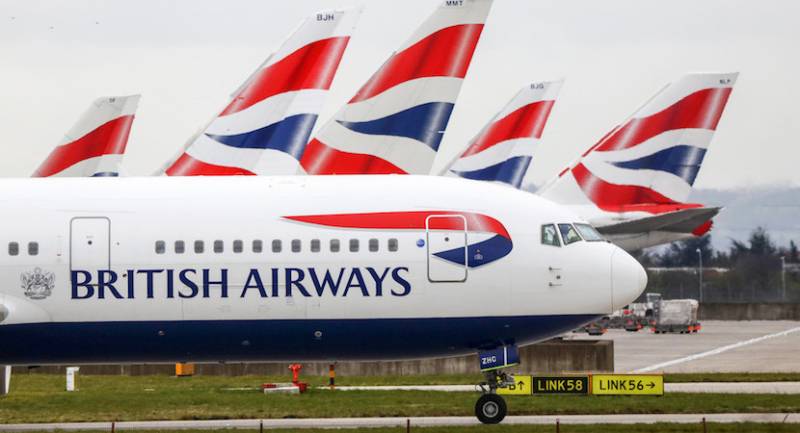 ISLAMABAD — British Airways on Tuesday announced the resumption of its flight operation in Pakistan nearly after a decade.

The announcement was made during a press conference by an official of the airline while British High Commissioner Richard Crowder, Adviser to PM for Commerce, Textile, Industry and Production, and Investment of Pakistan Abdul Razak Dawood and Special Assistant to PM Zulfi Bukhari were also present.

Britain's national flag carrier will start its flight operation from June 2019 after a suspension in 2008.

British Airways returns to Pakistan. Direct flights from London Heathrow to Islamabad’s new airport start in June. A further boost to links between the UK and Pakistan - especially on trade and investment. @British_Airways pic.twitter.com/TGEjopOVx1

The airline, in its initial phase, will operate 3 weekly flights between London and Islamabad by the newest long-haul aircraft, the Boeing 787 Dreamliner and with a return, fares starting from £499 (Rs89,000).

Addressing a presser in Islamabad, the official of the British High Commission termed restoration of peace in  Pakistan as a ‘good omen.’

British Airway announces to resume flights to and from Pakistan. In a meeting with SAPM on Overseas Pakistanis @sayedzbukhari & Advisor to Prime Minister on Trade & Commerce Mr Razzaq Dawood, @British_Airways announced the resumption of their operations in Pakistan from June 2019 pic.twitter.com/npa6fZ7T8V

Zulfi Bukhari termed the announcement as 'groundbreaking' and said that the resume of flight operations is a huge achievement for Pakistan.

"It's a huge step for this government that it has given foreign investors that security to come back," he added.

Director General of ISPR Major General Asif Ghaffor also took to Twitter and lauded the security forces for a restoration of peace and stability in the country.

The dividends of decades long struggle of Pakistani nation and its security forces for restoration of peace and stability in the country are on the way. Thanks to @British_Airways for reviving its flight operations in Pakistan.@TomDrewUK#PeacefulPakistan#ہمیں_آگے_ہی_جانا_ہے

"The dividends of decades long struggle of Pakistani nation and its security forces for restoration of peace and stability in the country are on the way. Thanks to @British_Airways for reviving its flight operations in Pakistan," read the tweet.

The fights were suspended in September 2008 after the attack on Marriot hotel in Islamabad.

The attack, which happened on 20 September 2008, killed more than 53 people and injured around 250, including six Britons. British Airways at that time normally operated six fights a week between London and Islamabad, the Pakistani capital.