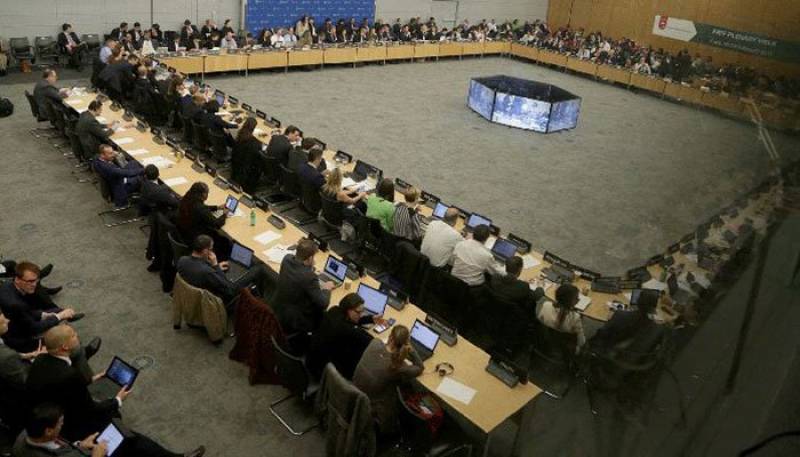 The body is an intergovernmental organisation founded in 1989 that maintains grey and black lists for identifying countries, which are failed to take appropriated steps to curb money-laundering and terror financing.

The FATF announced on Saturday that meeting will be held from Feb 18 to 23 where matters pertaining to global financing system and security will be discussed.

Over 700 delegates from the FATF global network, as well as the United Nations, Inter­nati­onal Monetary Fund, World Bank and other partners, will attend the meetings.

The United States and its allies have put forward a motion to put Pakistan on the Financial Action Task Force’s (FATF) money-laundering and terror-financing watchlist.

The US tabled the motion while it was co-sponsored by its European allies, including UK, France and Germany, against Pakistan for non-compliance with measures to eliminate terror financing.

Federal Finance Minister Miftah Ismail told a news agency that the countries submitted the move with FATF a few weeks ago, adding that efforts were being made to persuade these countries to withdraw the nomination.

He hoped that Pakistan will not be put on the watchlist whether the US did not take back the motion. Earlier, Pakistan was put on the grey list of FATF in February 2012 and its name was removed after three years.

The motion is expected to be taken up during a meeting of the body scheduled to be held in Paris from Feb 18-23.

The body maintains grey and black lists for identifying countries, which are failed to take appropriated steps to curb money-laundering and terror financing.

A senior official said that the purpose of the motion was to urge Pakistan for taking action against terrorists without any discrimination.

"It is time for that to stop, and so we are working with our allies, who also are affected, to see effective action against groups such as the Haqqanis and elements of the Taliban,” a senior official told Reuters.

Since unveiling the South Asia strategy, US President Donald Trump is ramping up the pressure on Pakistan to curb alleged safe havens on its ground, besides urging him to take action against Haqqani Network.

With the start of the New Year, Trump made outlandish remarks against Pakistan and brayed about aid to the country. Later, the US cut military aid worth $2 billion to Pakistan.

On the other hand, the Punjab government has started the process of taking over seminaries and health facilities run by Hafiz Saeed-led Jamaatud Dawa (JuD) in Rawalpindi.