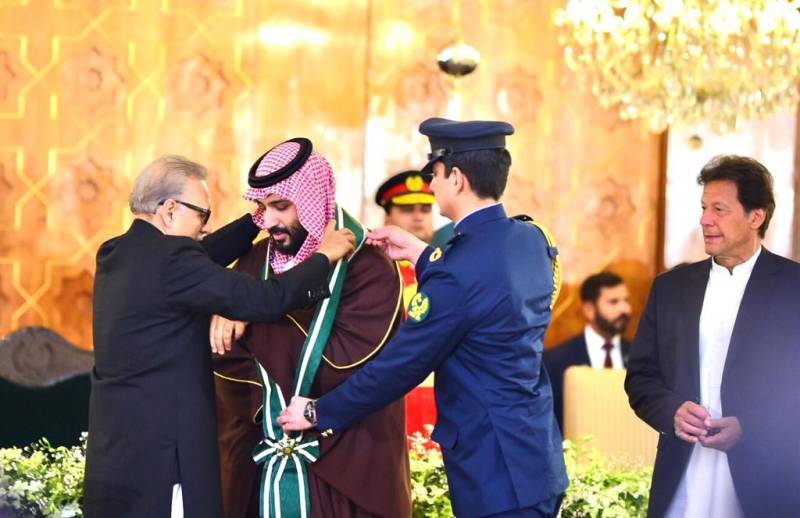 The visiting dignitary was accorded a rousing welcome at the President House as he was accompanied by Prime Minister Imran Khan in a carriage. A phalanx of security guards protected the convoy. 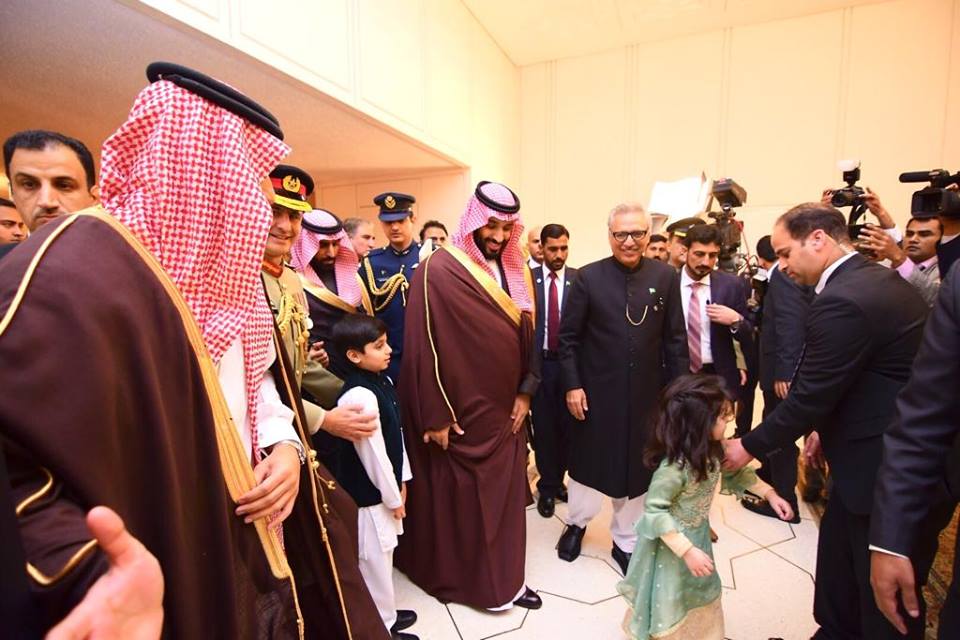 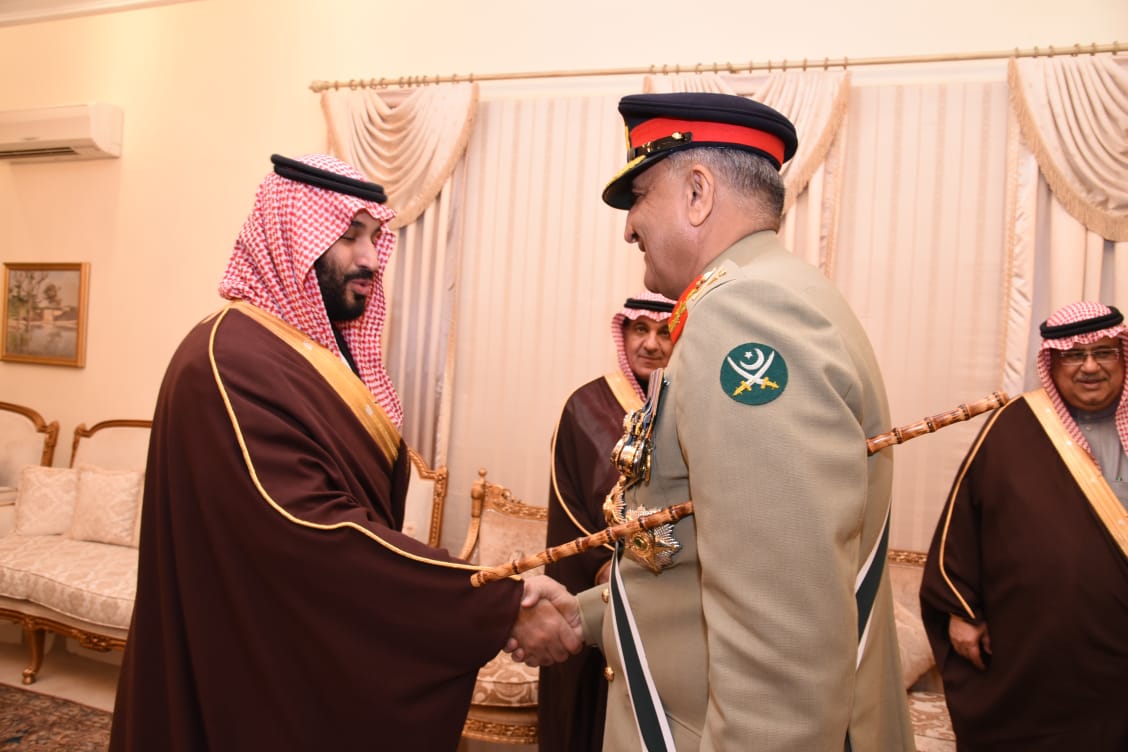 The Crown Prince also met the military chief as well as President Arif Alvi to discuss matters of mutual interest.

Earlier, the Saudi royal ordered the release of as many as 2107 prisoners in the kingdom - a step which earned widespread applaud on social media.

PM Imran had raised the issue of Pakistani prisoners languishing in Saudi jails during his meeting with the crown prince on Sunday.

Prince Salman, who is in Pakistan on a two-day historic visit, arrived at Nur Khan Airbase in Islamabad on Sunday evening. He was warmly received by Prime Minister Imran Khan, Chief of Army Staff General Qamar Javed Bajwa and other government officials.