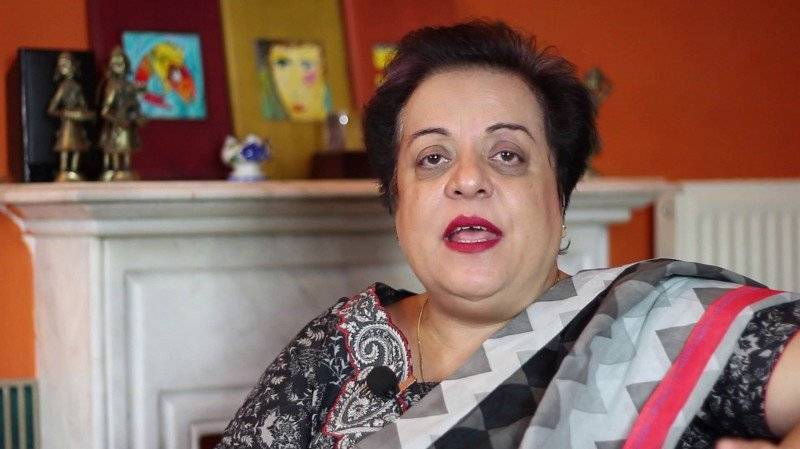 Mazari, who is close to the Prime Minister Imran Khan and has been a part of the informal advisory group of the premier, was seen nowhere as the Saudi Crown Prince landed in Pakistan Sunday night.

The minister was also missing from the lunch hosted at the President House in Islamabad by Arif Alvi; Mohammed bin Salman was also awarded Pakistan's highest civilian award Nishan-e-Pakistan.

Zubaida Jalal, federal minister for defence production, attended the ceremony at the President House, however, Shireen Mazari was completely missing from the scene.

The mysterious 'disappearance' has set the tongues wagging in the power corridors of Islamabad as what could be the actual reason behind the absence of Shireen Mazari at such an important event.

Inexplicable absence, from the @ImranKhanPTI banquet , of PTI’s own only senior woman Minister for Human Rights & also part of PM’s core advisory group @ShireenMazari1 - 2 women ministers from coalition parties were however invited.

Veteran journalist Nasim Zehri also took to Twitter and wondered why Mazari was absent from the banquet despite that Fehmida Mirza and Zubaida Jalal ensured their presence.

Mazari, however, took to Twitter and lavished praise on the prime minister for taking up the issue of Pakistani prisoners in the kingdom.

Utmost respect for PM Khan for speaking about the plight of Pak prisoners in KSA and asking for better treatment for Pak Labour in KSA. Don't recall any other ldr raising this issue with KSA ldrship. We have extradition treaties with KSA & UAE - can be used for r prisoners there.

The Saudi Crown Prince, Mohammed bin Salman is on a two-day visit to Pakistan and was accorded a rousing welcome as he landed at the Nur Khan airbase where Prime Minister Imran Khan and Chief of the Army Staff, General Qamar Javed Bajwa welcomed the guest.

The premier personally drove off with the visiting dignitary to the PM House where dinner was hosted in the honour of the Saudi guest.

Memorandums of understanding worth $20b were signed at the PM House relating to multiple sectors including renewable energy, petrochemical industry.