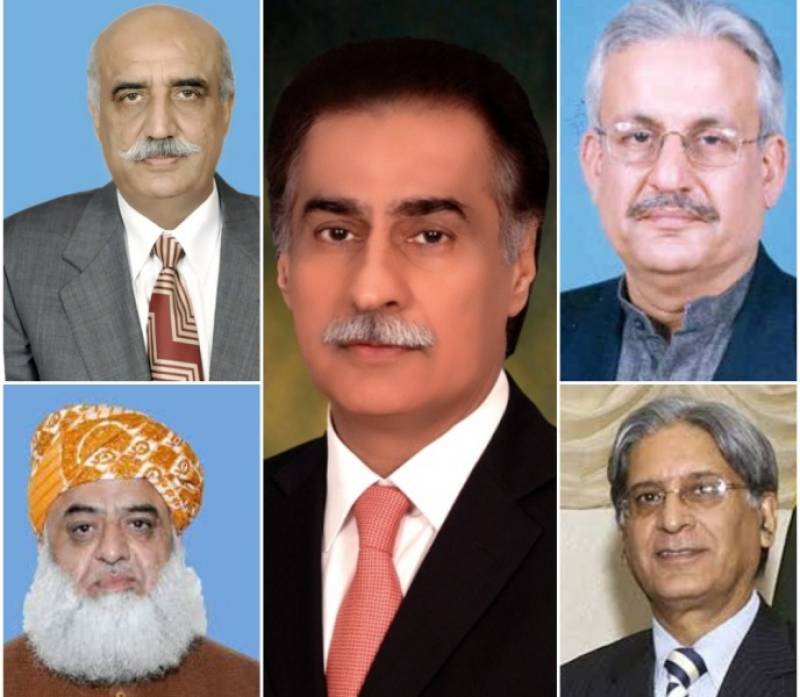 ISLAMABAD – In an age where people have to work hard to make ends meet, our politicians seem to have been blessed. Some of them are receiving bank receipts of Rs 100 million, and do not even seem to know about it.

On Wednesday, Leader of the Opposition in National Assembly (NA), Khurshid Shah found a Term Deposit Receipt (TDR) of Rs 100 million of SME Bank under his name when he arrived at his chamber.

After seeing the receipt, the opposition leader was surprised as well as worried, and stated that he did not know where it had come from. He instructed his staff to contact the relevant bank immediately and received news that it was fake.

Later, Khursheed Shah directed his staff to write a letter to the Federal Investigation Agency (FIA) to probe the matter.

Following this, Chairman of Senate, Raza Rabbani also received a receipt of Rs 100 million deposited in an account of the same bank. However, he asserted that he does not have an account in SME Bank.