Next round of US-Afghan peace talks with Taliban ‘in Islamabad’ 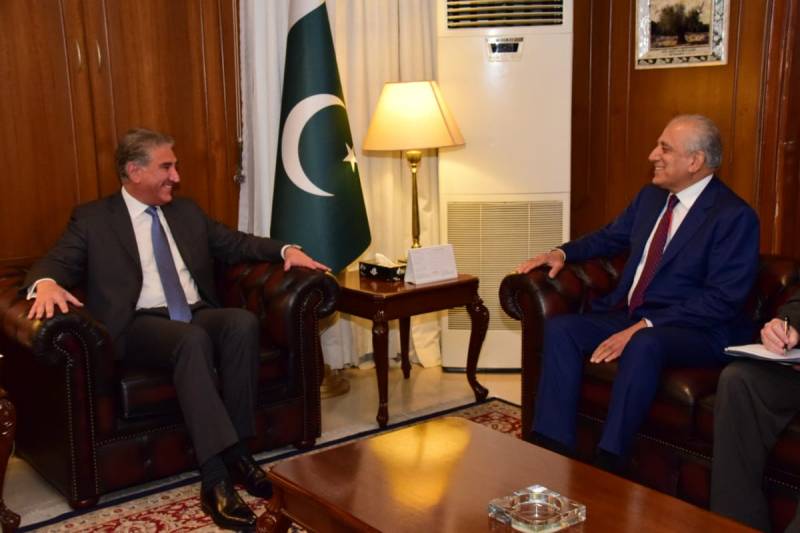 ISLAMABAD – Pakistan on Friday assured the United States that Islamabad would keep up efforts to facilitate the Afghanistan-owned peace process.

The assurance came from Foreign Minister Shah Mahmood Qureshi who met the visiting US special envoy on Afghanistan, Zalmay Khalilzad, who is on a two-week-long tour of Afghanistan, Pakistan, China and India.

It was reportedly decided in the meeting that a next round of peace talks with Taliban, who have persistently refused to directly talk to the Afghan government in Kabul, will be held in Pakistan’s capital.

Qatar, UAE and Saudi Arabia will be made part of the talks with a 10-member delegation of Taliban, according to reports in local media. No date for the next meeting has been confirmed yet.

US Special Representative Zalmay Khalilzad called on FM Shah Mahmood Qureshi at MoFA.
He briefed FM Qureshi on his recent engagements in the region for Afghan peace and reconciliation process. The FM assured Amb Khalizad of Pakistan's support for the peace process.#Pakforpeace pic.twitter.com/EBugL5lhEG

Khalilzad arrived in Islamabad on Thursday for talks with top civilian and military leadership. The envoy is accompanied by a US interagency delegation representing the Departments of Defence and State, and the National Security Council.

Both sides, during a meeting at the Ministry of Foreign Affairs in Islamabad, discussed progress made in the peace process so far. Qureshi told Khalilzad that Pakistan's efforts to bring peace and stability to the region would remain ongoing. 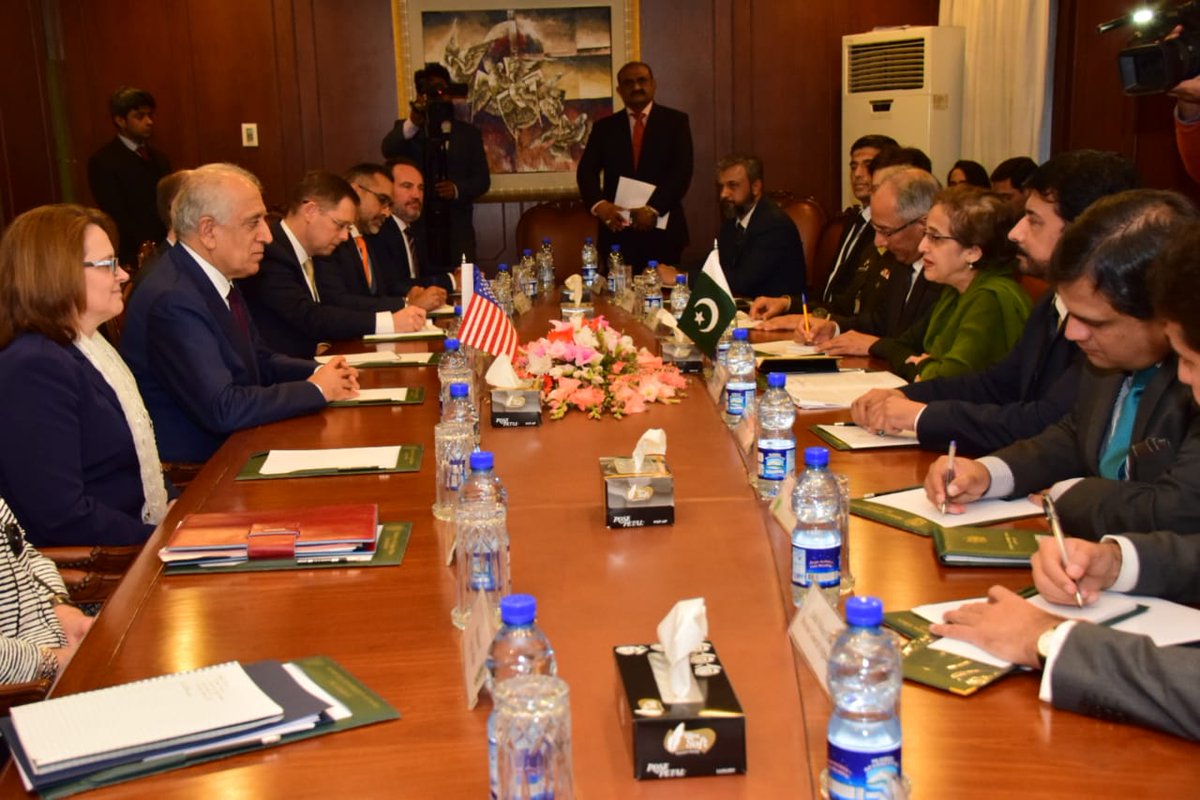 The foreign minister said that establishing peace in Afghanistan was the responsibility of all stakeholders.

Khalilzad thanked Qureshi for facilitating direct talks between the US government and the Afghan Taliban. He added that that American leadership values Pakistan's endeavours for peace and reconciliation in Afghanistan. 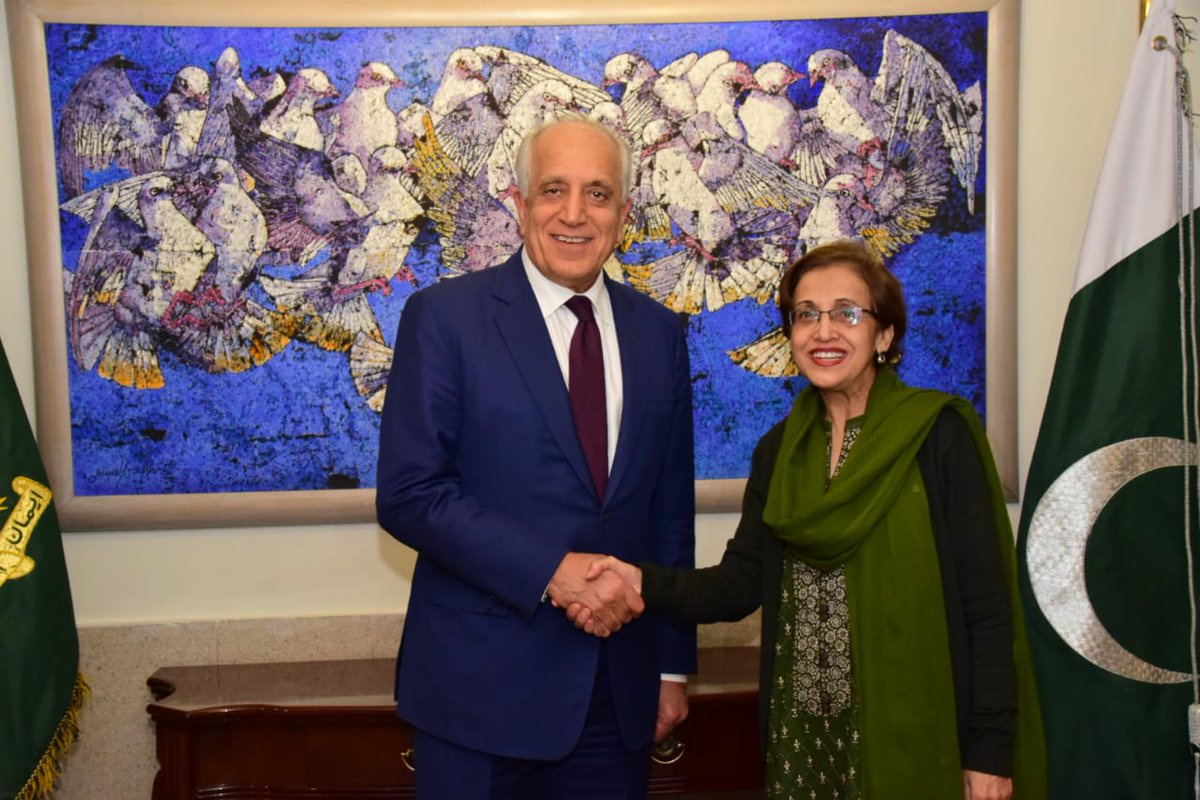 Regional security environment and Afghan peace and reconciliation process was discussed during the meeting, according to the army’s media wing, the Inter-Services Public Relations (ISPR).

The US delegation appreciated Pakistan’s efforts towards peace process and besides the Afghan peace process, border management was also discussed.

General Bajwa reiterated that peace in Afghanistan was important for Pakistan and assured continued efforts for bringing peace and stability in the region.

Lisa Curtis, Deputy Assistant to US President and senior director for South and Central Asia and US charge d’affaires to Pakistan were also present.

Washington has long maintained Taliban leaders are sheltering in Pakistan with covert support from the country’s intelligence agency. Washington has been urging Islamabad to use its influence to bring the insurgents to the negotiating table.