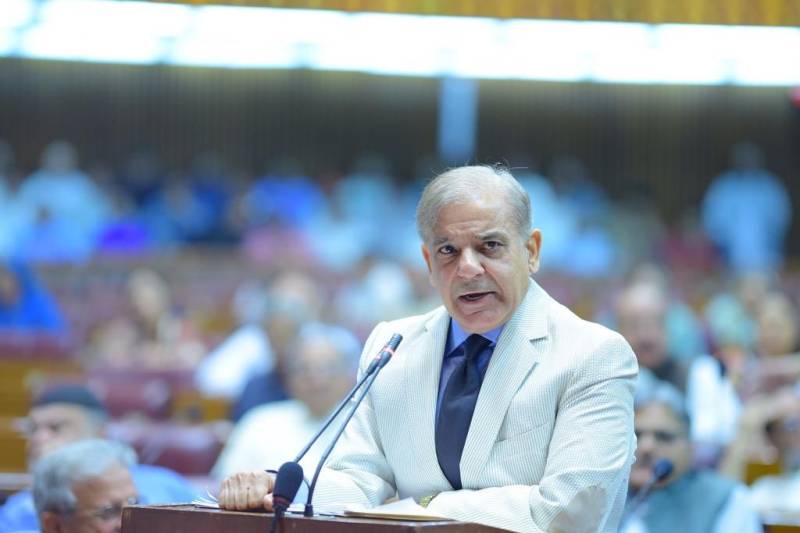 LAHORE -Pakistan Muslim League-Nawaz President, Shehbaz Sharif expressed on Thursday that under the garb of accountability, worst revenge was being taken against his party.

"Shahid Khaqan Abbasi was arrested in a crude manner; when he sought warrants, the NAB officials just stared at each others' faces," claimed Sharif.

He continued that the NAB DG showed a WhatsApp message and when Khaqan asked for a warrant signed by the NAB chairman, then they got a photocopy.

Sharif said that Abbasi played a central role in ensuring that power generated from RLNG plants in Haveli Bahadur Shah, Bhikki and Balloki was supplied to Karachi.

He also questioned whether supporting Nawaz Sharif was the crime of Abbasi, adding that opposition has to bear the brunt of this government's incapability as most of the people who are in NAB jails are PML-N members.

The former chief minster Punjab elaborated that Prime Minister Imran Khan has lost his sleep over this and he has not been able to do anything for the country and wants to ruin everything.

The leader of the opposition in the National Assembly lamented rupee devaluation that had led to an increase in prices of commodities, accusing the prime minister of "defaming the country all over the world".

"I want to tell the NAB chairman that this is not the first time PML-N is going through this. Everyone knows what happened to us during the Musharraf era," the PML-N president said.

Sharif explained that they were forced into exile and their house was turned into an old people's house, hastening to add that they [Sharifs] are still alive and will remain here and continue to serve the people.

Sharif also rejected the allegations regarding a story published by a British paper, saying he was in exile when earthquake struck Pakistan.

"This is such a disgusting allegation that I stole money from a fund for earthquake victims and gave it to my children," the PML-N chief said.

Referring to accusations that money was laundered for his family by then chairman of Earthquake Reconstruction and Rehabilitation Authority (Erra) Ikram Naveed, Shehbaz said the department is a federal institution, not provincial adding that he had removed Naveed for corruption in 2011.

"DFID gave 500 million pounds over the 10 years when I was Punjab's chief minister. Ask me anything you want to ask about that, but they have not talked about that," Shehbaz wondered.