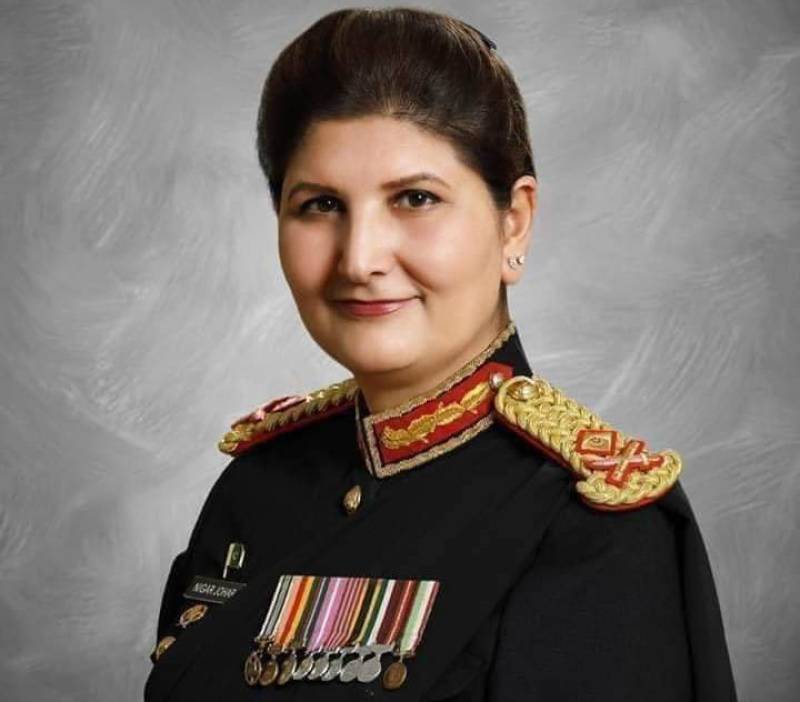 RAWALPINDI – Human Rights Minister Shireen Mazari Mazari on Tuesday paid her respect to Major General Nigar Johar Khan, the third woman in the country’s history to hold the rank of a major general in the Pakistan Army.

Sharing a picture of the woman officer on Twitter, Mazari wrote: "Respect. #womenempowerment".

Maj Gen Nigar Johar Khan hails from a Pashtun family of Panjpir village in Khyber Pakhtunkhwa’s Swabi district. She is the daughter of Col Qadir, who served in the Inter-Services Intelligence (ISI). Both her parents died in a car accident.

She is from the 5th MBBS course of Army Medical College and has served as female company commander of Ayesha company at the same college.

In 2015, she was featured in an Inter Services Public Relations (ISPR) video honouring women in the Pakistan armed forces. At the time, she was the deputy commandant of Combined Military Hospital (CMH), Rawalpindi.

She is a two-star general in Pak Army’s Medical Corps. Apart from being a doctor, she is a sharp shooter.

Currently she is commandant of Pak-Emirates Military Hospital, Rawalpindi.

ISLAMABAD - Brigadier Dr. Shehla Baqai, a gynaecologist by profession, has become the fourth lady of Pakistan Army in ...