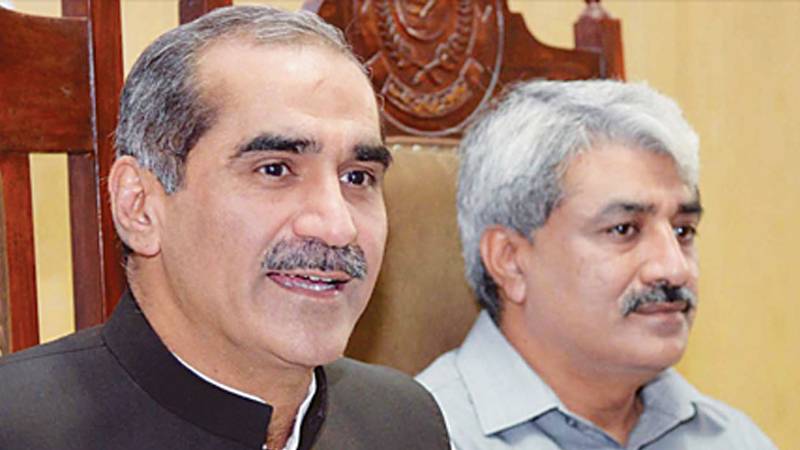 As the proceedings resumed, National Accountability Bureau (NAB) Prosecutor Chaudhry Khaliq-uz-Zaman submitted that Khawaja brothers were real owners of the Paragon City scheme, whereas their business partner and Director Paragon City Qaisar Amin Butt had become an approver in the case.

He submitted that the bureau initiated an inquiry against the brothers on charges of assets beyond known means of income, but it was closed in 2007 after they won prize bonds.

To which, Justice Najafi questioned that how the prize bonds were related to the inquiry.

The prosecutor explained that the Khawaja brothers had won Rs 49 million through prize bonds; therefore, it could not be proved that they owned assets beyond known means.

He further argued that Paragon was an illegal society and it was temporarily approved by the TMA, but the LDA rejected an application of the Paragon for the purpose.

He alleged that the people were defrauded as plots were sold on maps. Paragon was initially comprised of 1,000-kanal land, but it was illegally extended to 7,000 kanals, the prosecutor stated in response to a court query.

At this, the court observed that if the Paragon City was an illegal society then what action was taken by the LDA.

The prosecutor stated that one of the brothers was minister railways and the other was provincial health minister. How the LDA could have to take action against such influential persons, he questioned. He pleaded with the court for dismissing Khawaja brother's bail petitions.

However, Khawaja brothers' counsel argued that his clients did not have any link with Paragon City, whereas Qaisar Amin Butt and Nadeem Zia were their friends and not partners. He said that the statement of Qaisar Amin Butt was recorded twice, which was unprecedented.

He submitted that the bureau rejected the statement of Qaisar Amin Butt and then got recorded another statement as per their choice. He said that the first statement was not in accordance with the wishes of the NAB authorities; that was why the second statement was got recorded. He said that his clients faced an assets inquiry for three years, and it was not closed due to prize bonds. He pleaded with the bench for granting bail to his clients in the case.

The bench after hearing detailed arguments of the parties reserved its verdict for a short period of time, but later rejected the bail petitions of the brothers.

Khawaja brothers were arrested on Dec 11, 2018, after an LHC division dismissed their pre-arrest bail petitions and they were on judicial remand now.

The bureau had filed a reference against the Khawaja brothers, Nadeem Zia, Umar Zia, and Farhan Ali in an accountability court.

The reference stated that the Khawaja brothers, through their "benamidars" and with the abetment of former MPA Qaiser Amin Butt and Nadeem Zia, established a housing project in the name of Air Avenue.

The project was later converted into a new housing project namely Paragon City (Pvt) Ltd, which NAB said was an illegal society and not approved by the LDA.

Former railways minister and his brother received monetary benefits of Rs 58 million and Rs 39 million, respectively from the society through proxy firms under the grab of consultancy services, it added.