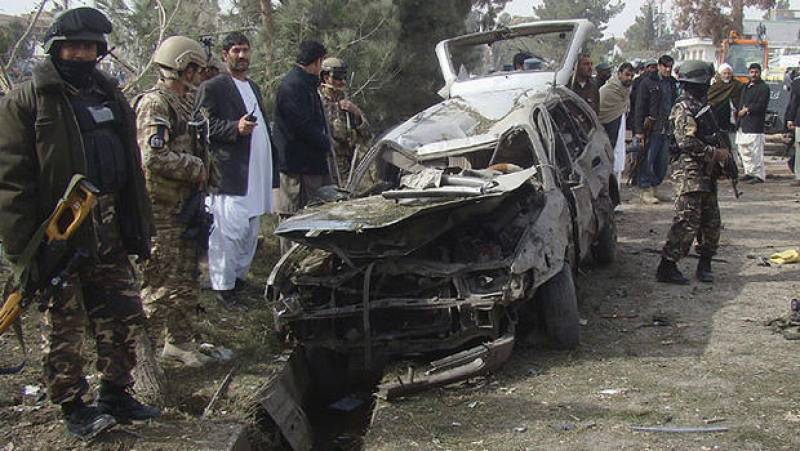 KABUL (Web Desk) — As many as seven people were dead and 43 others injured on Wednesday as a car bomb attack took place on governor's office in Helmand province of Afghanistan.

Most of the deceased included civil servants, according to the police, Governor Nahim Baloch was not in his office at the time of attack. Governor's spokesperson was injured and shifted to hospital any how.

A suicide bomber detonated a car full of explosives at the back wall of the Helmand governor's compound and the adjacent residence of the head of the provincial council, provincial police chief Nabi Jan Mullahkheil said.

Other wounded government officials included the district governor of Nad Ali, and the provincial agriculture and media directors, confirmed the hospital administration.

No one immediately claimed responsibility for the blast.