Govt hands over evidence against MQM chief to UK 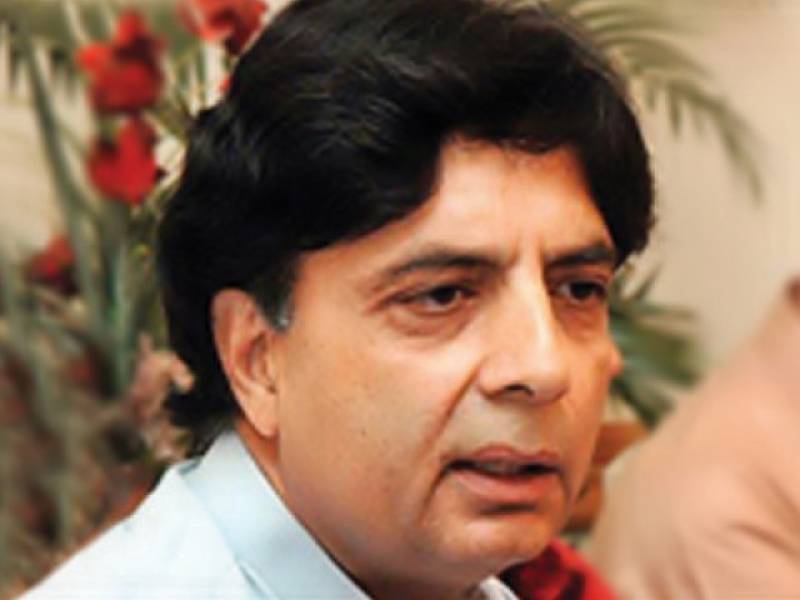 ISLAMABAD (Web Desk) - Pakistan on Wednesday handed over evidence against MQM Chief Altaf Hussain – who is a UK national – to the British government urging it to stop the London-based politician from issuing threatening statements, Samaa TV reported on Wednesday.

The evidence was handed over by Federal Interior Minister Nisar Ali Khan during his meeting with UK High Commissioner Philip Barton in Islamabad today.

Reports said that Khan handed over a copy of an FIR registered on a complaint by Pakistan Ranges (Sindh) against the MQM chief on Monday night along with other evidences.

Khan urged the UK government to stop Altaf Hussain from issuing threatening statements against Pakistani security agencies and individuals from the British soil.

Sources said that the issue of Imran Farooq murder case also came under discussion. Both the sides agreed to cooperate with respect to ongoing investigations.

The meeting was held a day after Rangers lodged an FIR against the MQM chief at Civil Lines police station, Karachi for “making threatening remarks against the paramilitary Rangers force.”

The case was registered under clause 7 of Anti-Terrorism Court and 506 (B) of Pakistan Penal Code (PPC).