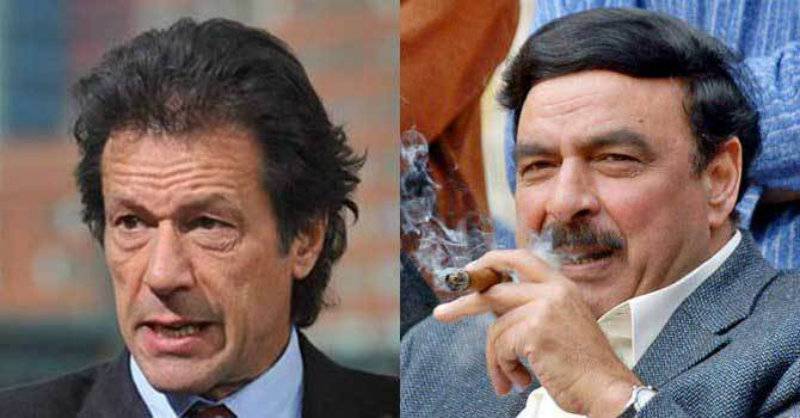 Talking to the media before leaving, Awami Muslim League chief said that he had always maintained contact with opposition leaders Imran Khan and Dr Qadri and there was nothing of the sort as being projected.

AML chief termed Indo-Pak clash ‘final match’ of the International Cricket Council World Twenty20 2016. Rasheed said that he would return to Pakistan the next day after match.

Khan addressed media questions at Bani Gala residence and said that he is unaware of Dr Qadri’s presence in India. Denouncing the alleged secret agenda of D-Chowk sit-in alliances, Khan said that there was nothing one could not say in Pakistan for which he needs to be in India. He also criticised Prime Minister (PM) Nawaz Sharif for ‘letting’ former dictator Musharraf leave the country. PML-N leaders had vowed to not let Musharraf leave, he added.

Pakistan and India are supposed to meet in Eden Gardens on Saturday for World T20 match. Tensions have prevented the two sides from playing each other in Tests for more than a decade, and the match is only happening because the World T20 is an International Cricket Council tournament.

Eden Gardens is one of the world’s biggest grounds, even after a recent refit which reduced capacity to 66,000.