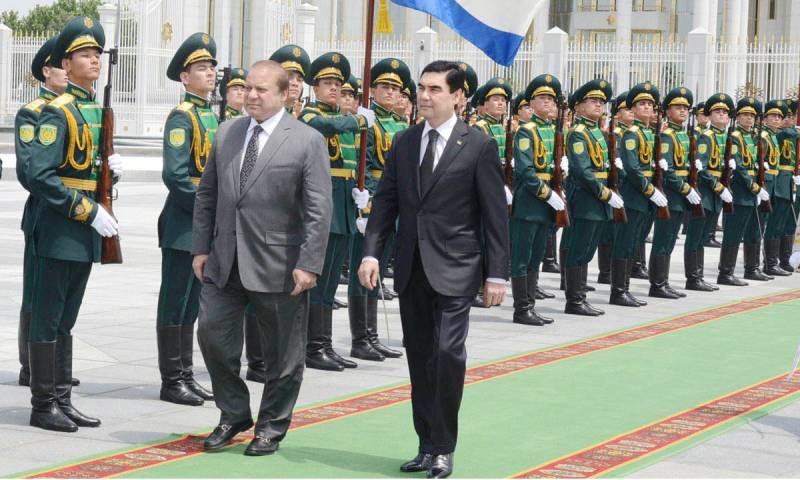 On arrival at Azadi Square, the Prime Minister was received by the governor of the Tashkent City Roshan Usmanov.

A contingent of armed forces of Uzbekistan presented salute to the Prime Minister.

The Prime Minister laid flowers at the Azadi monument. Azadi Square is important Centre of national ceremonies of Uzbekistan.

Later on the Prime Minister visited mausoleums of renowned Muslim scholars and rulers including Hazrat Imam Bukhari and Amir Taimur.

He offered Fateha and prayed for the progress and prosperity of the country.