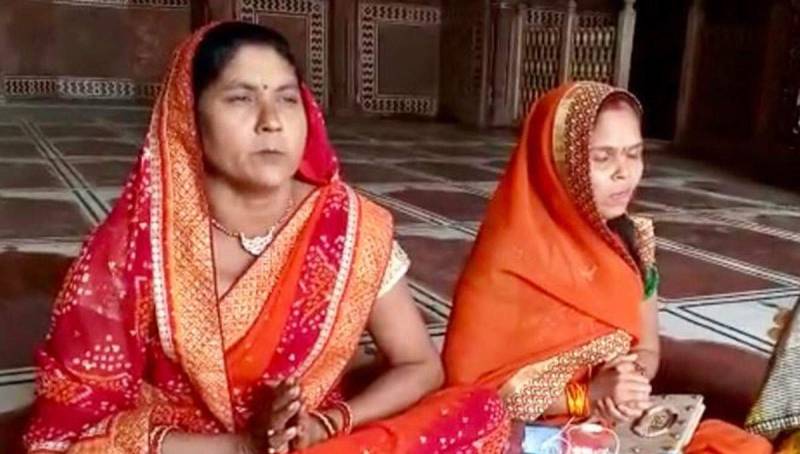 According to Hindustan Times report, Diwakar said, “We entered the Taj Mahal with ‘dhoop batti’ (incense sticks), Gangajal and match-box and performed ‘aarti’ at the mosque on the premises. We ‘purified’ the location as it is our ‘Shiv Temple’, the sanctity of which was damaged by ‘namaz’.”

“The identity of the Taj Mahal is because of Tejo Mahalaya, the Shiva Temple. Permission was granted for offering namaz once on Friday but it has been offered on other days too. So we also offered ‘aarti’. We are prepared to face action if those violating the norms by offering ‘namaz’ on weekdays are punished,” she said.

The security officials of the historical Taj Mahal were evasive when asked about the incident. There are elaborate checking and frisking at the Taj Mahal gates and certain material, including matchboxes, is prohibited, the report added.

Ankit Namdev, the ASI conservation assistant at Taj Mahal, said, “We have come to know about the video of ‘aarti’. The details are being verified.”

“The matter is yet to come to me and in case there was such an incident, it would be probed,” said Brij Bhushan, CISF commandant.

City unit president of the Congress Haji Jamiluddin Qureshi has condemned the incident and sought action against those offering ‘aarti’ on Taj premises, as according to him their aim is to dent communal harmony in the city.

As in the past, this Friday to the Taj gates were opened for ‘namaz’, but the number of locals offering prayers increased to more than 900. Earlier, only a few Muslims offered ‘namaz’ on Friday, in compliance with Supreme Court directives.

The Archaeological Survey of India (ASI) and Central Industrial Security Force (CISF) officials said they were verifying the contents of the video.