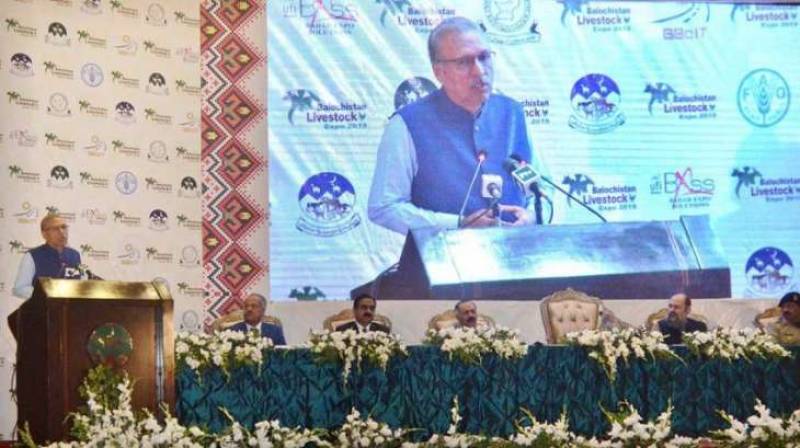 QUETTA – President Dr. Arif Alvi on Monday lauded the initiatives of Balochistan government for formulation of new policy for livestock development in the province.

He made the announcement while addressing the inaugural ceremony of Livestock Expo which was organized for promotion of Livestock Sector of province at Auditorium of University of Balochistan.

He expressed the optimism that new policy would help improve the economic conditions of people in Balochistan.

The President said investments would also boost in livestock sector due to the Expo.