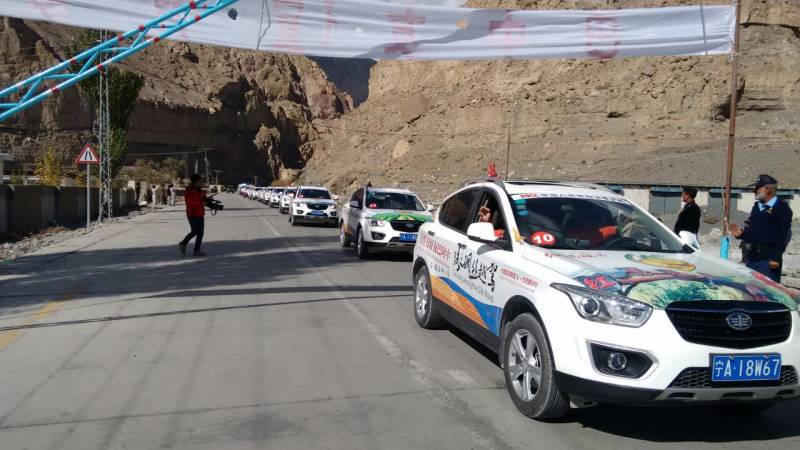 RAWALPINDI - As part of the efforts to revive tourism and adventure sports in the country, Pakistan Army would organise'“Pakistan Motor Rally' to commemorate the 70th year of independence.

According to Inter Services Public Relations (ISPR), the rally is being organized from 21st to 31st October 2017 and would be one of its kind with 300 jeeps, 500 Bikers and 150 Vintage Cars drawn from 23 Motor clubs participating.

Originating from Khunjerab, passing through Gilgit, Islamabad, South Waziristan, Quetta and Karachi the Rally will culminate at Gwadar covering more than 3000 km.

'The routes/areas selected for the rally are relatively less visible, developed with extraordinary efforts and serve as Seeds of Prosperity for Pakistan' said a communique issued by military's media wing.

The basic aims of the rally include promotion of adventure sports, showcasing tourism potential, cultural heritage, networking piecemeal and scant clubs dealing with the motorsports and encouraging vintage preservation in Pakistan.