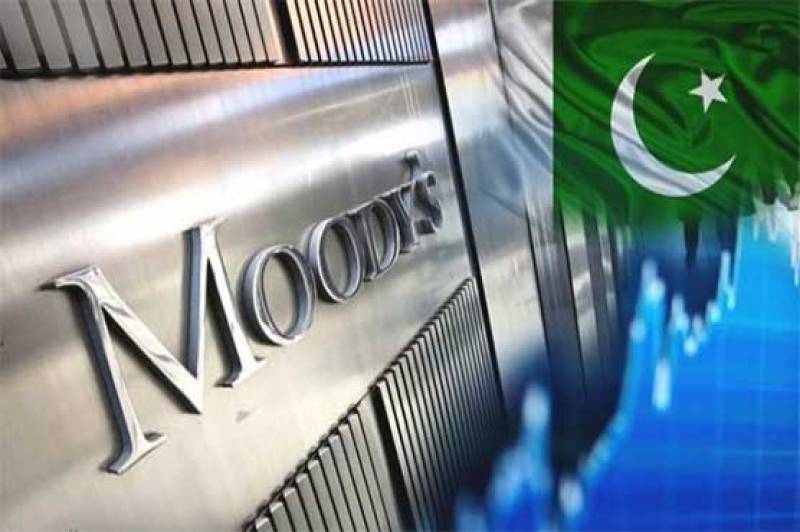 ISLAMABAD - International rating agency Moody's has said the new IMF program for Pakistan will prove beneficial to the government.

In a report, Moody's said the new programme will provide a much-needed cushion to the economy. It added that the programme will aid exports and attract foreign investment into the country.

The rating agency also called mini-budget of PTI government good for the economy. It said the finance bill will assist in bringing expenditures and deficits down.

The new IMF programme will also assist Pakistan in carrying out economic reforms.

“Additionally, support and technical assistance from the IMF would aid macroeconomic rebalancing and the government’s structural reform agenda,” it continued.

However, Moody’s warned that external and fiscal challenges remain, particularly in light of investments, imports and external borrowing related to projects under the China-Pakistan Economic Corridor (CPEC).

Macroeconomic and external imbalances have risen since the country’s previous IMF programme finished in 2016, the rating agency pointed out. “In particular, foreign exchange reserves adequacy has fallen to low levels, sufficient to cover barely two months of goods imports and below the IMF’s minimum adequacy threshold of three months,” it explained.

Moody’s further estimated that Pakistan’s gross external financing needs for fiscal 2019 will be around $30 billion, of which $7-$8 billion are the government’s external repayments.

“The financing gap – which excludes foreign-exchange reserves – is likely to total $8-$9 billion, taking into account the government’s borrowing plans and our expectations for capital inflows, including foreign direct investment and portfolio flows,” the rating agency said.

“An IMF programme will not only bridge the financing gap but also serve as a strong signal to other official sector creditors that will be crucial to meet financing requirements over the coming years. This is particularly the case if a more front-loaded programme provides greater market confidence when Pakistan’s upcoming Eurobond and Sukuk repayments totalling $1 billion each are due in April and December 2019, respectively,” Moody’s said.

However, external and fiscal risks will remain significant, absent further macroeconomic adjustments. Ongoing implementation of CPEC projects, which will likely amount to 9%-10% of GDP in fiscal 2019, and higher oil prices will keep the import bill elevated, Moody's warned.

The government's export package in June 2018 was extended for three years through fiscal 2021 and aims to boost export competitiveness and incentivise investment in export-oriented production by removing customs duty on exported goods, reducing sales taxes on exporters' inputs and providing subsidies on certain raw materials. Although this extension will benefit exports, they remain half the level of goods imports, it added.

“We expect the fiscal deficit to narrow slightly to 5.4% of GDP in fiscal 2019 after a deficit of 6.4% in fiscal 2018, notwithstanding the government’s recently announced mini-budget to cut development spending and raise revenue through import duties and other administrative measures.”