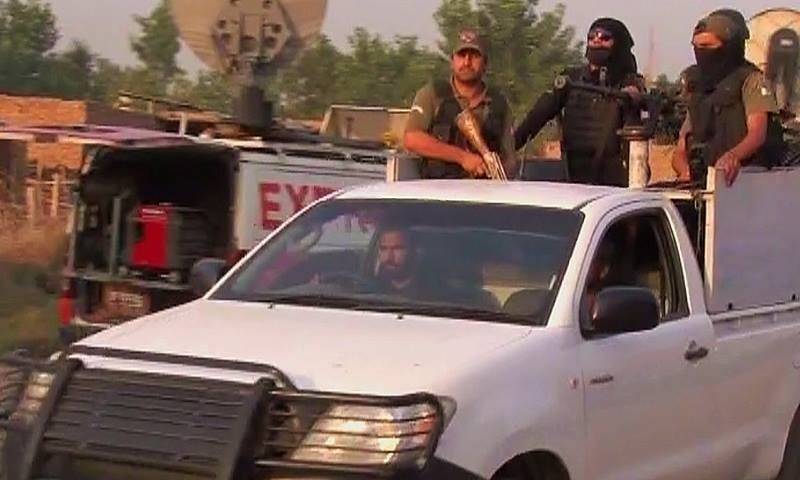 13 terrorists were surrounded and killed by the security forces, according to ISPR DG Asim Bajwa.

The DG ISPR added that an Army officer, Captain Isfand Yar Bokhari, embraced martyrdom while fighting valiantly and leading his troops from the front.

Two junior PAF technicians, Saqib, Shan and Tariq, were killed in the attack, a PAF spokesperson said, adding that both airmen were deployed at the guardroom when the attack occurred.

"Terrorists entered the camp at 2 points and further split in into sub groups. The encounter began immediately due to quick response. The terrorists were contained within a close area. Meanwhile a group rushed to the mosque and martyred 16 Namazis offering prayers," said DG ISPR Maj-Gen Asim Bajwa in his tweets.

At least 25 people, including 10 soldiers, have so far been reported to have been injured as Pakistan Army commandos, and personnel of the Pakistan Air Force and Quick Reaction Force (QRF) carry out a clearance operation.

Following the attack Chief of Army Staff General Raheel Sharif reached Peshawar to visit Corps Headquarters and meet the troops participating in clearance operation at the base. He will also inquire about the health of wounded at Combined Military Hospital (CMH).

According to DG ISPR, 13 terrorists have been killed so far while a search operation of security forces for hidden terrorists is still under way. Corps Commander Peshawar is also present at Badaber base, he said.

At least ten personnel of security forces including two officers were also injured during the clearance operation. Major Hasseb of Quick Reaction Force (QRF) was shot in the thigh and has been rushed to the Combined Military Hospital (CMH) in Peshawar, ISPR said.

The DG ISPR said the clearance operation was being led by the Peshawar Brigade Commander with Army's Quick Response Force, Army commandos, local PAF troops and police present outside the base in an outer cordon.

Earlier Major-General Bajwa tweeted that 7 to 10 terrorists tried to break deep into the Badaber PAF base. Terrorists were engaged and contained around the guard room area, he added.

The DG ISPR said the Quick Response Force reached and surrounded the site and successfully isolated the terrorists.

Meanwhile Pakistan Air Force has explained that Badaber base is not operational but a residential place. All the assets at PAF base are safe, the statement added. 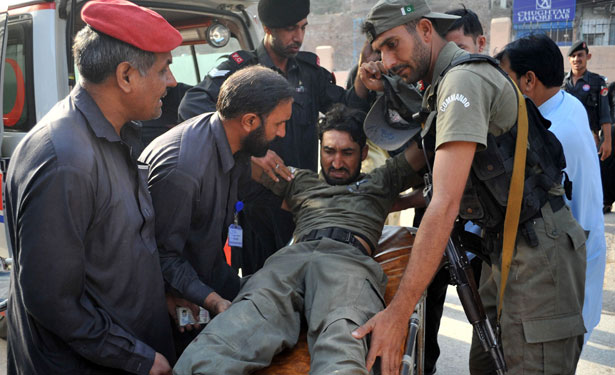 Media reports also suggested that Tehreek-e-Taliban Pakistan (TTP) has claimed responsibility for the attack in a telephonic communication. We sent 14 of our associates to Badaber PAF base and eight of them successfully entered the site from one side and six others from second side, TTP spokesperson said reportedly.

Nawaz reiterated the nation's resolve to continue its mission of eliminating terrorism with zeal.

The premier said he is being kept updated on the ongoing operation against terrorists. He said the armed forces of the county have the full support of the entire nation, and that networks of terrorists would soon be eliminated from Pakistan.

Interior Minister Chaudhry Nisar called on the premier at PM House. Nisar apprised the PM about the role of civil law enforcement agencies in the terrorist attack at Badaber Air Force camp.

Matters relating to the law and order situation in country were also discussed during the meeting, while the security has been beefed up across the country.