Let them rot because we don't care 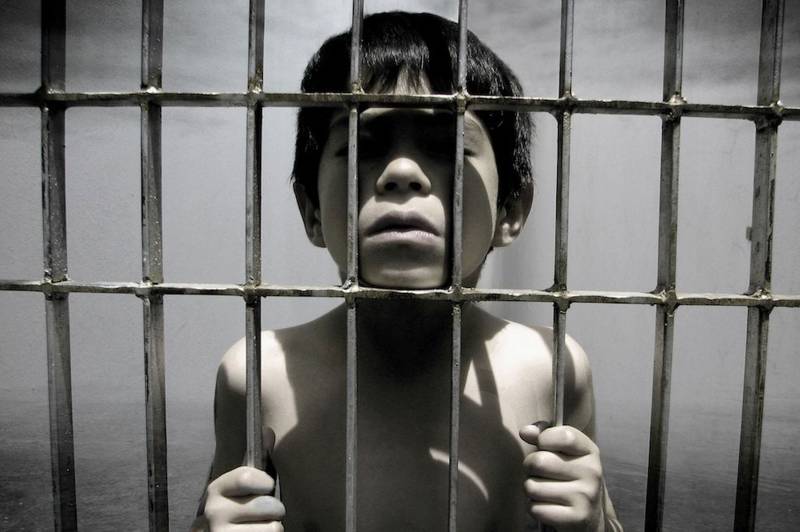 My mother called me this morning, asking how I am. After causal chit-chat, she said she couldn't sleep last night. She said she couldn't sleep last night because she saw on the news how a 10-year-old boy, who was charged with drug-trafficking some eleven years ago, was finally released at the age of 21. She said she couldn't sleep because she kept thinking about all these lost years of childhood, adolescence, and adulthood in prison and that she kept thinking about the cruelty of the system that a 10-year-old was imprisoned based on suspicious circumstances, was slammed with a fine of Rs 1 million and released 11 years later after he had become a patient of tuberculosis. She asked me to write about it.

Truth be told, I was at a loss for words. I couldn't tell her that I had stopped writing because I have become a cynic, that I have no hope and I have given up my so-called activism for children rights. (Previously, I have written an article or two about child abuse and juvenile prisoners and ever since then I call myself an activist because isn't that how it works in this country?)

Coming back to the point, since I promised to write about it, here I am rambling, babbling and telling you unnecessary things because I don't have anything to say that you don't already know. I don't want to write anything that you already know because that'd just make me mad and depressed about how cruel we are as a nation. I'd want to you go out on the streets, I'd want you to do something, anything to change the state of affairs, but that isn't going to happen because that's not who we are, we don't stand up for our children, we don't do things for this country or its future, we abuse our children, we kill them, we put them in jails, we let them rot in there and when they are on the verge of dying, we tell them sorry and release them because there wasn't enough evidence to convict them in the first place.

I didn't want to talk about it but since we're, let's talk about it. Let's talk about Muhammad Adnan who has lost 11 precious years in prison, became a patient and might not live long enough because our system failed him and we don't care to change it. Muhammad Adnan was arrested from the Ferozwala area of Sheikhupura on August 8. 2007. According to the police, he was traveling in a qingqi rickshaw with over 160 kgs of hash and 180 grams heroin. Other suspects had fled the scene at the time.

The interesting thing is that, according to the police statement, drugs didn't belong to Adnan but someone named Riaz. Adnan's name wasn't even mentioned in the statement, the sample of the narcotics was not transferred as per the standard operating procedure and there was an error in the forensic laboratory's report as well, but all these things didn't stop our justice system from slapping Adnan with life imprisonment and a heavy fine.

Adnan was released on the orders of Supreme Court, but what if he wasn't? What if he was forced to spend his life in prison? What if our prisons are filled with such cases in which innocents were booked because of our corrupt system? What if our children are rotting in the dark, dying in prisons for the things they are falsely accused of? What if they are rotting because of one minor mistake they made? And even if they did something worthy of imprisonment, why don't we have juvenile prisons? Why can't we take care of them, focus on their well being? Why we just leave them in prisons with adult criminals, lets them be abused by them and then let them die or throw them out in society as useless members?

I know this is bit rustic and crude but isn't it how it should be? why should I or anyone use fancy phrases and proper sentences to highlight the plight of these we have left suffering because we don't bother to talk about it? Because we are too busy being part of this system we should be fighting against.

I'm sorry Adnan that we failed you, I'm sorry to each and everyone out there who we have failed, who have suffered because we, as society, weren't responsible enough. I am sorry...