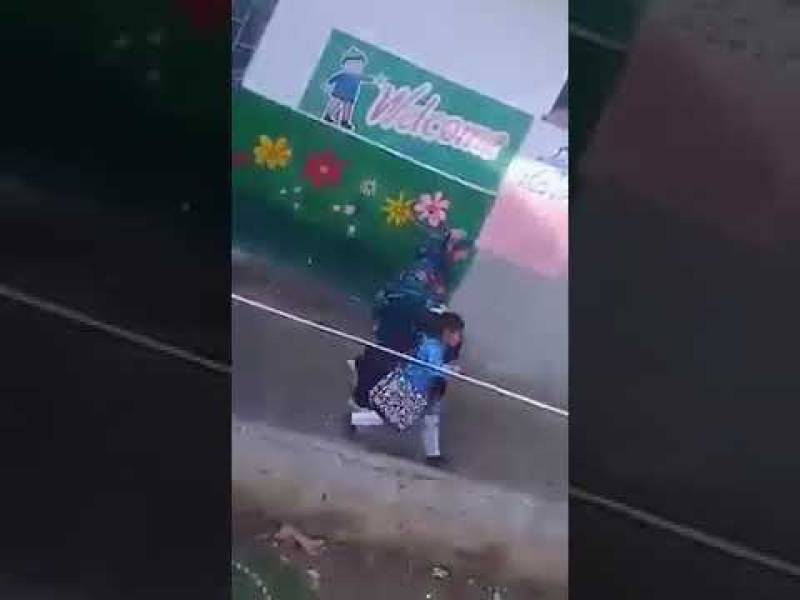 ABBOTTABAD - A school teacher in Government Girls Primary School Karimpura, Abbottabad has been suspended for torturing a student, a video of which went viral on the internet a few days ago.

The video showed the female teacher dragging the student by pulling her hair and then kicking her - in front of other students.

As soon as the video stumped the internet, social media users called for prompt action against the teacher following which she was suspended.

ordered the suspension of the teacher and ordered an investigation into the case.

Moreover, the Abbottabad police announced that it has booked the teacher; a departmental inquiry has also been initiated with Sameena Altaf as inquiry officer.