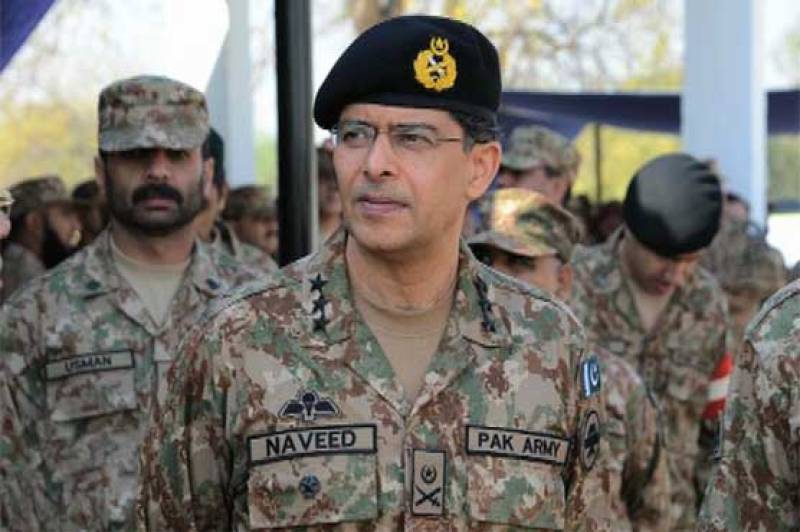 KARACHI (Staff Report) - On the occassion of Eid, Corps Commander Karachi Lieutenant General Naveed Mukhtar meets the families of victims who were killed in Safoora carnage.

Corps commander visited Al-Azhar Garden and surrounding residential buildings in Safoora Goth to meet the families of victims killed in the bus attack carrying members of the Ismaili community.

He condoled with the victims' families and assured that militants involved in this attack and their abettors will be brought to justice.