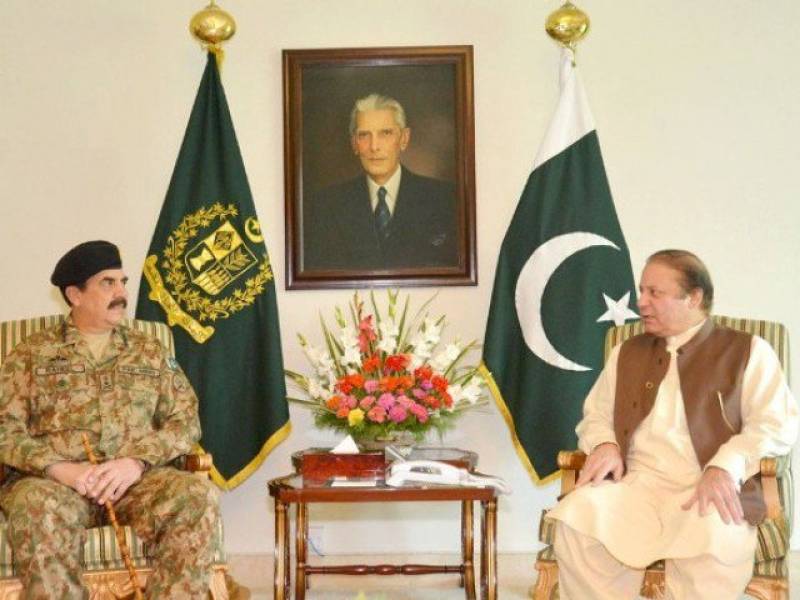 Both agreed, according to media reports, to continue the targeted operation in the port city till the last criminal is arrested. They decided to facilitate the return of temporarily displaced families of tribal areas to their homes.

The premier asked the army chief to deploy more FC personnel on the border with Afghanistan. General Raheel briefed him about the progress made during ongoing military operation Zarb e Azb.

According to sources, Both the bigwigs also exchanged views on case against Muttahida Qaumi Movement (MQM) Chief Altaf Hussain and confession by a death row convict Saulat Mirza.

Mirza stated that the MQM chief used to give instructions either directly or through Babar Ghauri. He accused that former MD KESC Shahid Hamid and Azeem Tariq were murdered on Altaf Hussain`s directives.

He further claimed that those workers who are still of use to the party but have been arrested are given protection by Governor Sindh.

The MQM is widely accused of violence, extortion and running an armed militia, allegations the party denies, although it acknowledges that individual members may be involved in criminality.