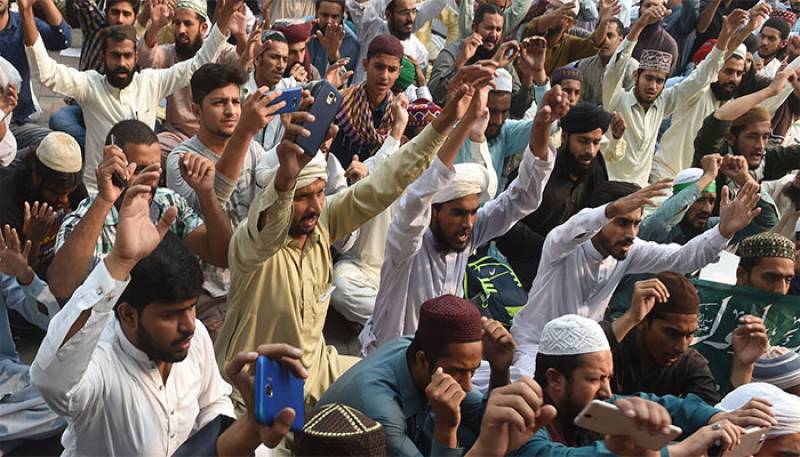 ISLAMABAD - An Anti-Terrorism Court (ATC) in the federal capital Tuesday expressed reservations over non-appearance of all the accused in court who participated in countrywide protests and sit-ins organized by the Tehreek-e-Labbaik Pakistan (TLP) against the acquittal of Aasia Masih by the Supreme Court of Pakistan.

Such accused were on bail and were summoned for the day for indictment. During the hearing of the case presided by ATC Judge Shahrukh Arjumand, twenty-seven of the accused who were freed on bail, appeared in their personal capacity while another was unable to appear before the court due to which indictment was not done.

The ATC, meanwhile, ordered the summoning of all such accused in the next date of hearing which is fixed for April 2 whereas indictment will be made on the day.

On October 30, 2018, nationwide protests erupted against the acquittal of blasphemy accused Aasia Masih on the call of the TLP.

Several parts of the country witnessed severe disruption as enraged protesters blocked roads and forced markets to shut down.

Protesters used force unlawfully in many parts of the country and damaged private and public property in various incidents.