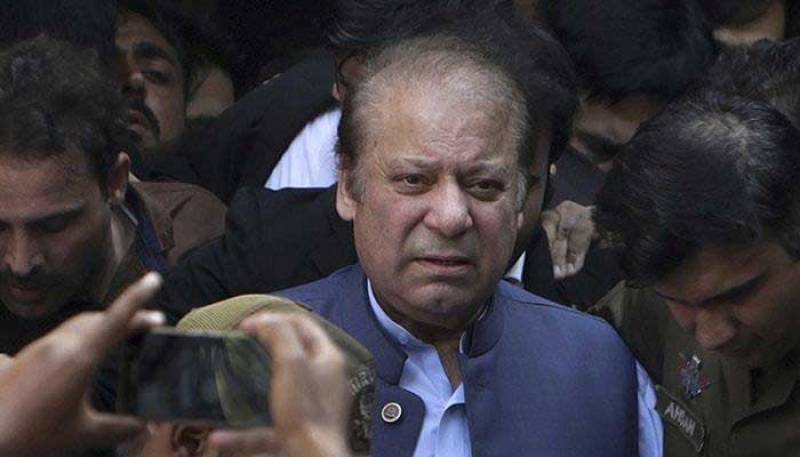 ISLAMABAD - The Supreme Court of Pakistan issued a notice to the National Accountability Burea (NAB) as it took up the petition filed by former premier Nawaz Sharif against a verdict by the Islamabad High Court (IHC).

The apex court sought a response from the accountability watchdog within a week.

During the first hearing of the specific petition, Nawaz Sharif's counsel, Khawaja Haris contended that his client had already filed a petition in the IHC against the judgement given by an accountability court and shared details and findings of medical boards that examined Sharif.

"The reports are being reviewed to ascertain how long the former premier had been suffering from the ailments," Justice Khosa pointed out.

He highlighted that despite ailments, Sharif had been participating in elections, rallies and conventions during the 2018 campaign, besides his numerous court appearances.

When Khawaja Haris told the bench that the former premier's doctor David Lawrence is based in London, the top judge remarked that the court was aware of that.

The chief justice further remarked that the reports from London were not provided to the doctors in Pakistan and that the court would examine the medical reports of tests conducted at PIMS in Islamabad as well.

"Everyone knows Nawaz takes medications for a number of conditions," Justice Khosa remarked.

After hearing arguments, the SC adjourned the hearing till March 26.

Earlier on 25 February, the IHC had dismissed Nawaz’s petition seeking bail and his seven-year sentence suspension in the Al-Azizia reference on medical grounds.

The ex-premier was sent to seven years behind bars in the Al-Azizia Steel Mills reference by the accountability court in Islamabad in December last year.