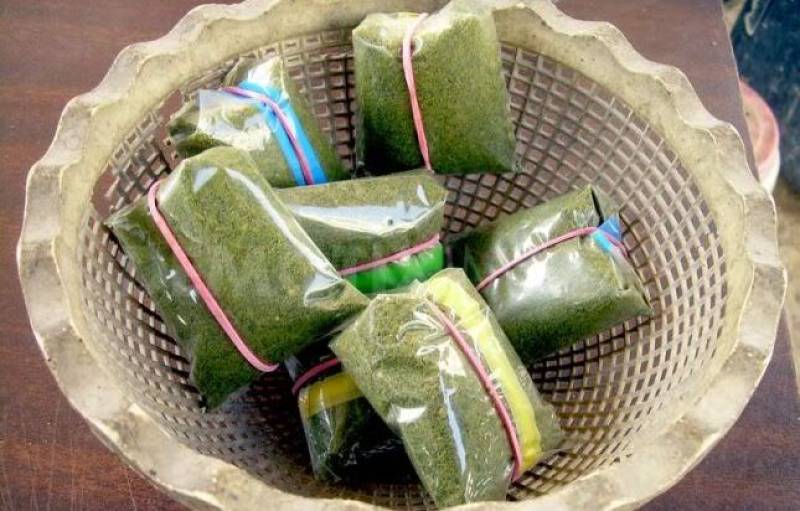 PESHAWAR – Pakistani visitors have been advised not to carry naswar, the powdered tobacco snuff, to Iraq as it can land travellers in trouble.

Pakistan’s embassy in Baghdad sent a letter to the director general Civil Aviation Authority (CAA) Karachi, stating that Iraqi officials have reportedly arrested several Pakistani nationals at airports for possessing naswar after mistaking it for drugs.

The arrested persons were later freed by the authorities, the letter said, adding that carrying naswar caused problems for passengers as they are put in jails until the test of the material for drugs is conducted.

“In the meantime, visas of many Pakistanis also expired thus it hindered Pakistani Zaireen [pilgrims visiting holy shrines in Iraq] besides defaming the country,” the letter, a copy of which is available with The Express Tribune, read.

The embassy has requested the CAA to install warning boards in Urdu language at all airports, asking people not to carry such items to Iraq, to avoid such an embarrassing situation.

The officials of the mission in Iraq also requested the officials concerned to instruct visitors to carry a medical prescription duly translated in Arabic to enable them to carry the medicines.

Naswar is an addictive substance mostly used by Pashtuns in or outside Pakistan. It is, sometimes, taken from Pakistan to Gulf countries or sometimes prepared abroad.