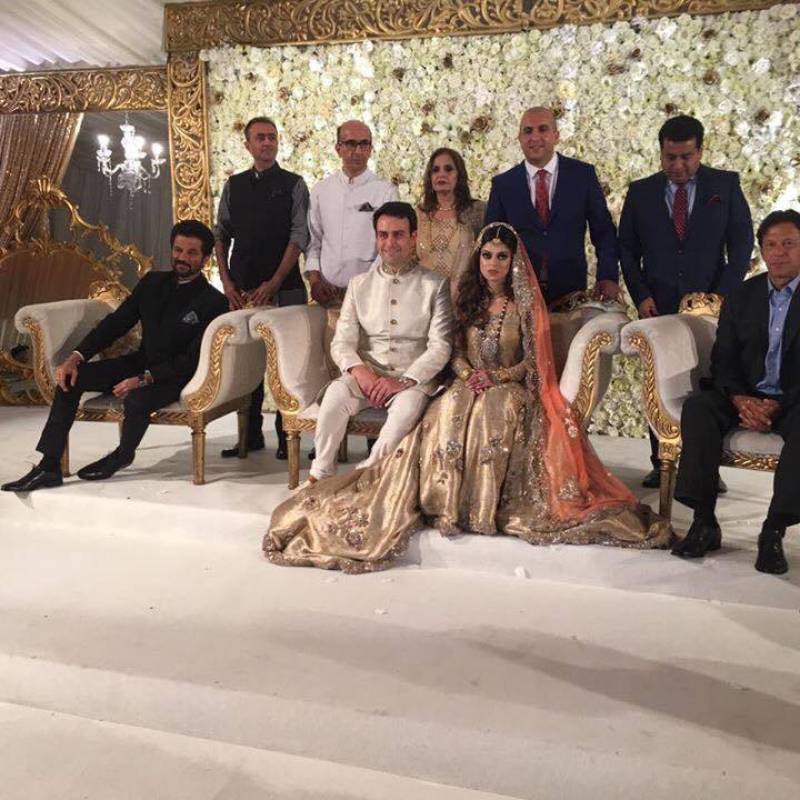 LONDON - Pakistan Tehreek-e-Insaf chairman Imran Khan who just attended a nuptial ceremony in Manchester, the United Kingdom (UK) has once again hinted at the possibility of his third marriage in a veiled reference.

The cricketer-turned-politician while wishing the newly-wed couple good wishes said, “I can’t give you the best advice because I don’t have a very good track record. But maybe third time lucky.”

The guests roared with laughter. Khan made these remarks during the marriage ceremony of his friend Aneel Mussarat's sister on Friday in Manchester.
The PTI chief has been twice divorced. His last marriage with television anchor Reham Khan ended in October 2015.

His first wife Jemimah Goldsmith married him in 1995. The couple got divorced in 2004 and have two sons.

Earlier, on the airport, while talking to the media men, Imran Khan said we will accept court's decision on Panama Leaks. "I am going to Pakistan on Sunday and will personally monitor the court's proceedings", the PTI chief added.