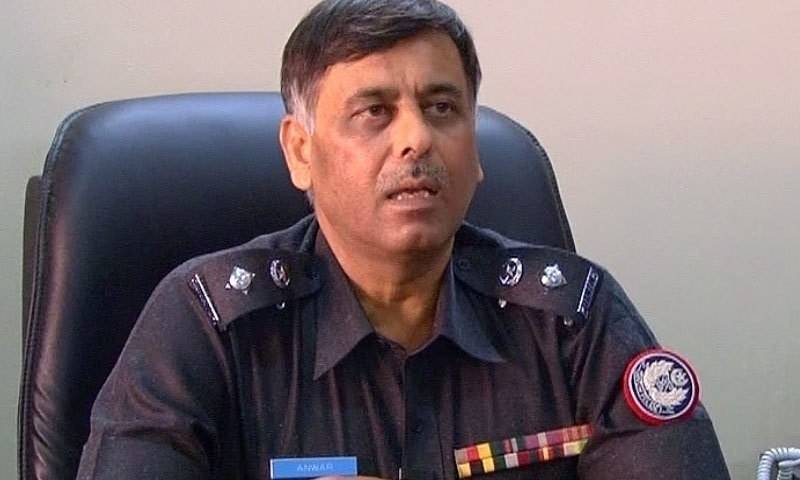 According to the notification, Anwar has not been deputed anywhere as yet and he has been reinstated with immediate effect.

In September, Police arrested Khawaja Izharul Hasan from his residence in Karachi's Buffer Zone area. He was handcuffed and taken away by SSP Malir Rao Anwar in an Armoured Personnel Vehicle (APV). 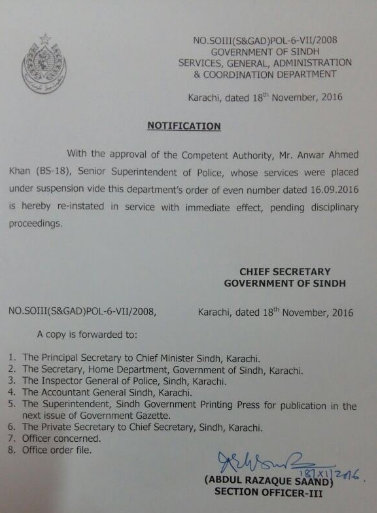 The arrest irked law makers around the country who believed that Anwar's behaviour with Izhar ul Hassan was unfair amid arrest.

Rao was suspended by Sindh IGP Allah Dino Khawaja on the direction of Chief Minister Murad Ali Shah after he arrested MQM lawmaker Khawaja Izharul Hassan without permission of the Sindh Assembly Speaker. PM Nawaz had also taken notice of the incident.

He is being alleged of having close relationship with former president Asif Ali Zardari.