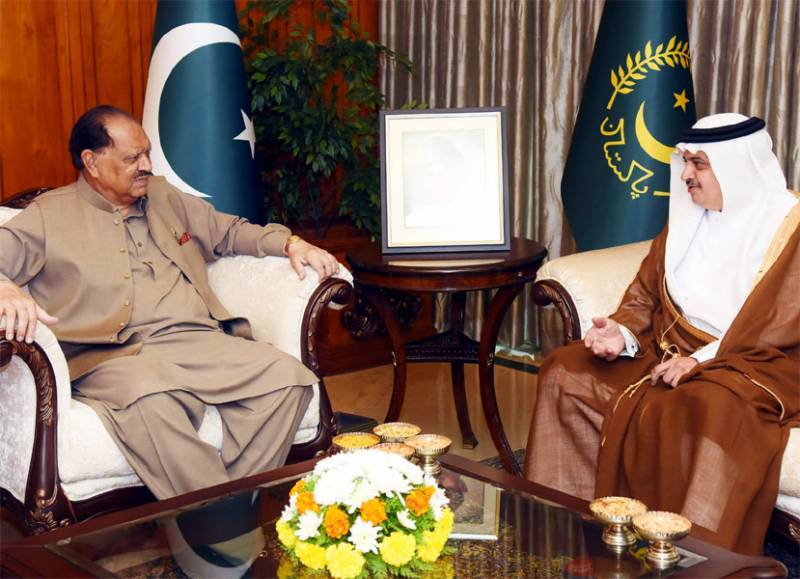 ISLAMABAD - President Mamnoon Hussain has said bilateral relations between Pakistan and Saudi Arabia will further expand and deepen with each passing day.

He was talking to Saudi Ambassador to Pakistan, Commodore Nawaf Saeed Ahmad Al-Maliki, who called on him in Islamabad on Thursday.

The president said that both the countries are linked together in historical, religious and cultural relations and the people of the two countries enjoy sincere fraternal relations.

He hoped that cooperation and relations between the two brotherly countries will further grow in the coming days.

Welcoming the Saudi interest in China-Pakistan Economic Corridor, he underlined that this project will have a positive and far-reaching impact.

Expressing grave concern over the deteriorating situation in Burma and Yemen, the president emphasized that the Muslim Ummah should work in unison to address these issues.