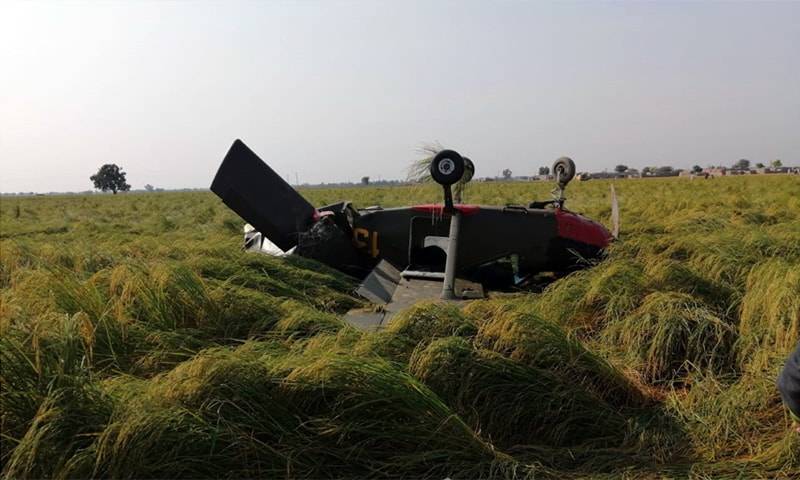 GUJRANWALA - A Mushshak trainer aircraft of Pakistan Army Aviation crash-landed in the fields near Punjab's Wazirabad Tehsil on Saturday.

According to security sources, the aircraft had taken off from Rahwali Cantt and was on a "routine" training sortie. 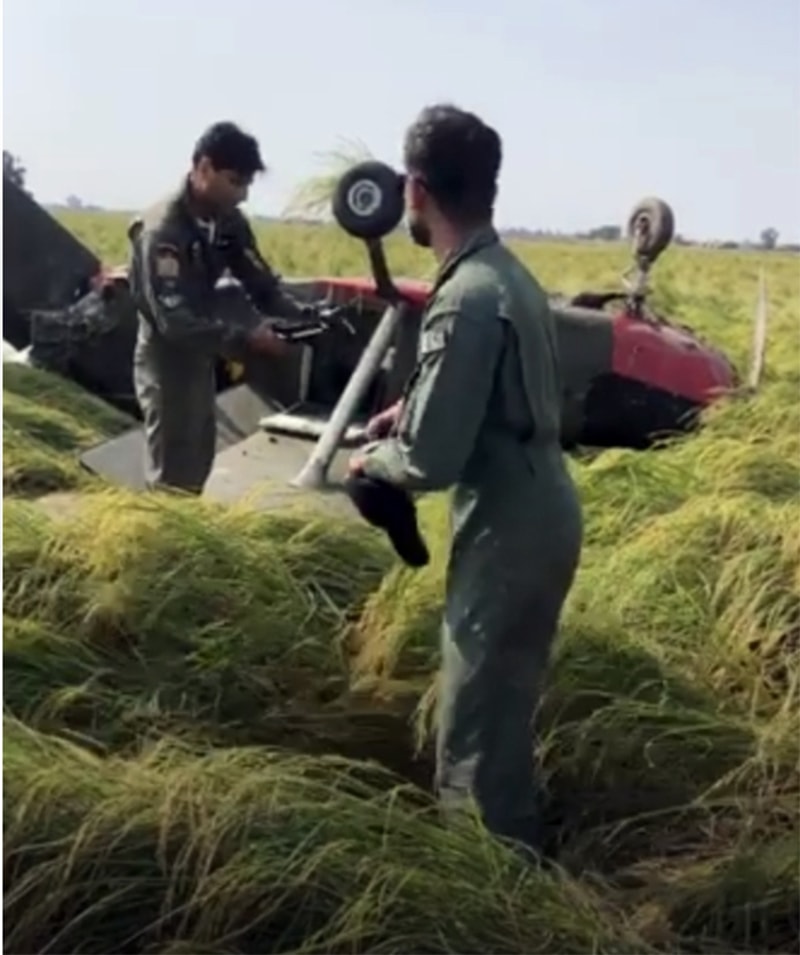 Both the pilots remained safe in the incident. The plane developed a technical fault while flying over Dilawar Cheema near river Chenab, forcing the pilots to make a crash-landing in a paddy field.