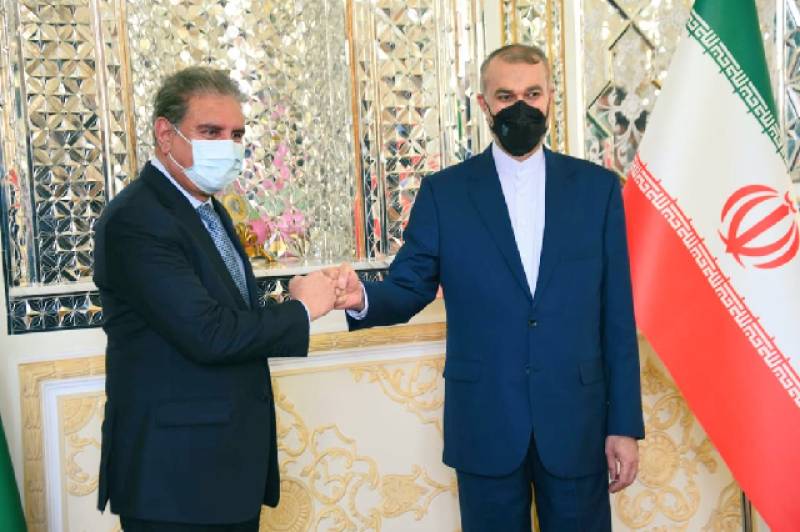 ISLAMABAD/TEHRAN – Foreign Minister Shah Mahmood Qureshi Monday received an invitation from his Iranian counterpart Hossein Amir-Abdollahian to participate in the meeting on the Afghan situation in Tehran.

A statement issued by the Foreign Office said Iranian FM invited Shah Mahmood Qureshi to participate in the second ministerial meeting of the neighboring countries of Afghanistan.

Iranian Minister, during the telephonic conversation, stressed that Tehran fully supported Pakistan’s initiative for a regional approach to Afghanistan.

Meanwhile, FM Qureshi lauded Amir-Abdollahian for the invitation and expressed hope that the multilateral meeting would impart further impetus to the regional approach to the situation in Afghanistan. He also stressed close coordination for regional peace, stability, and development.

The MOFA statement further added that FM Qureshi underscored that sustained international engagement is crucial in view of the economic situation in Afghanistan.

The international community should ramp up the provision of humanitarian assistance on an urgent basis, in view of the upcoming winter season, and take steps to ensure economic stability in the country, he added.

ISLAMABAD – The Chief of Staff of the Iranian Armed Forces Major-General Mohammad Bagheri on Tuesday arrived in ...

The second round of a meeting of the neighbouring countries of Afghanistan is due next week which will be attended by FMs of Pakistan, China, Tajikistan, Uzbekistan and Turkmenistan, and Russia.

Earlier in September, the first virtual meeting of the neighboring countries of Afghanistan was held at the initiative of Pakistan.