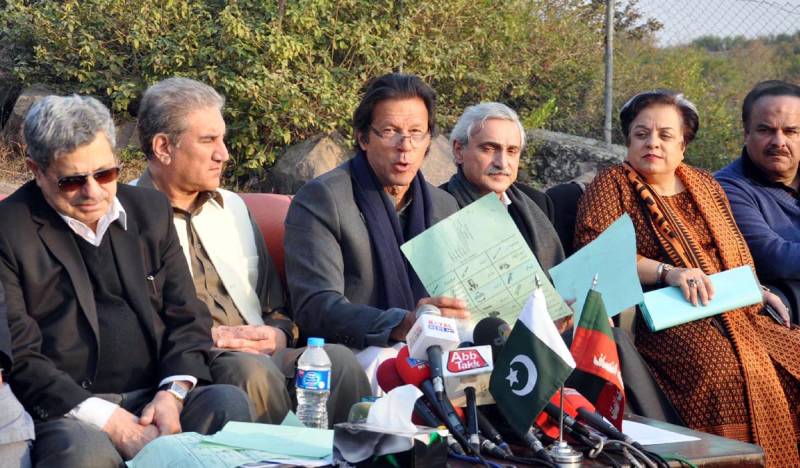 LAHORE (Staff Report) - Pakistan Tehreek-e-Insaf (PTI) chairman Imran Khan on Saturday announced to launch election campaign in NA-122 and NA-154 despite a ban by Election Commission of Pakistan that forbade any member of parliament to lead electioneering campaign in by-polls.

While addressing a press conference in Lahore Imran Khan said the 2013's general elections were badly rigged in favor of Pakistan Muslim League-Nawaz and a bogus speaker kept running National Assembly for two years. The ruling party was still being supported by local police officials and ECP, he alleged.

He went on to say that Riaz Kiyani, the ECP's member from Punjab, is a PML-N associate and he rigged elections in 2013. Kiyani is still serving PML-N, he added.

PTI chief said I have consulted my legal counsels about electioneering in by-polls and they told me there was no bar for me.

"I am not neither a minister nor a public office holder, hence I cannot influence the voters in upcoming by-polls," he said.

Imran Khan announced that he will lead the election campaign with full strength and ensure that PTI candidates win the by-polls on October 11. The victory of PTI candidates will be defeat of rigging, he said.