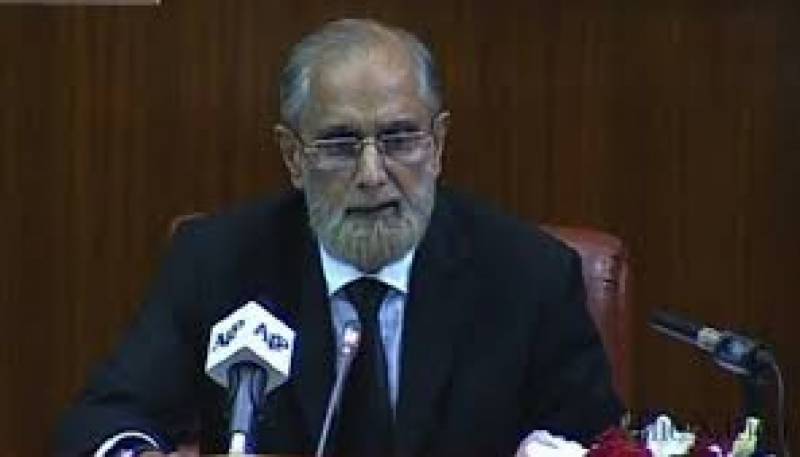 ISLAMABAD - Chief Justice of Pakistan Anwar Zaheer Jamali Monday urged all the state institutions to work within their constitutional domains to ensure good governance in the country.

Addressing a ceremony in Islamabad to mark the advent of new judicial year, he said given the challenges faced by the country, the institutions also need to work in a cooperative environment.

The Chief Justice of Pakistan said often foreign elements are found involved in the terrorist acts taking place in the country. The regrettable part is that these elements also get the local support and assistance to perpetrate their nefarious acts.

He said the judiciary and lawyers community are also being targeted in acts of terrorism in order to threaten this institution entrusted with the responsibility of ensuring justice.

The Chief Justice said it is the responsibility of the state to which judiciary is an important component to ensure speedy and inexpensive justice to the people.

He said the judiciary is fully aware of the problems faced by litigants due to delay in disposal of cases. Therefore, several steps were initiated to address the issues of litigants.

He urged the lawyer's community to fully cooperate with the judiciary in order to realize the goal of ensuring speedy justice to the people.

The Chief Justice also emphasized the need for bringing improvement in district courts.

In this regard, he said several proposals are under consideration including proper training of the judges as well as promoting harmony among the district judges, police and the prosecution.

He said the judiciary will continue its efforts to ensure rule of law in the country.