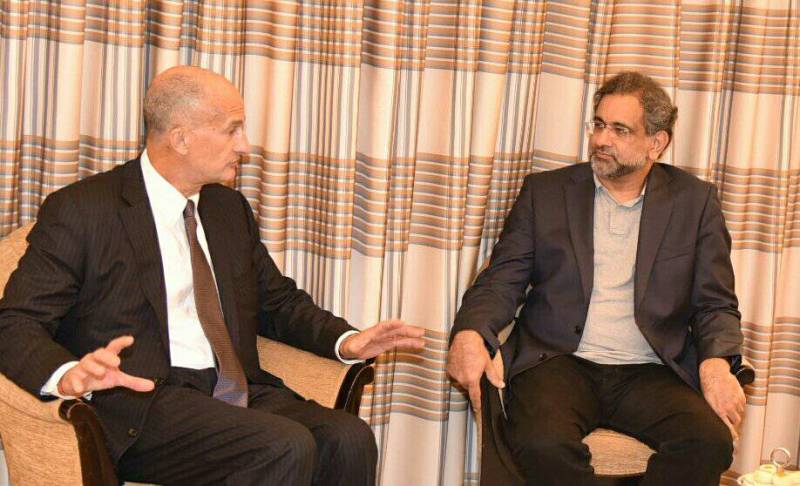 According to the statement published by PM office, Mr. John Rice showed a keen interest in expanding business in Pakistan, and expressed a desire to invest in locomotive fabrication and health sector delivery system.

The Premier, while appreciating the long association of General Electrics and Pakistan, said that the country is getting immense benefits from the company's expertise.

PM Shahid Khaqan Abbasi further added that Pakistan is open for the foreign investment and is looking for more US companies to invest in variety of fields here, said the statement.

Prime Minister is in New York, where he will lead the country's delegation at the 72nd session of United Nations General Assembly (UNGA).

He will address the General Assembly of United Nations on 21st September 2017.