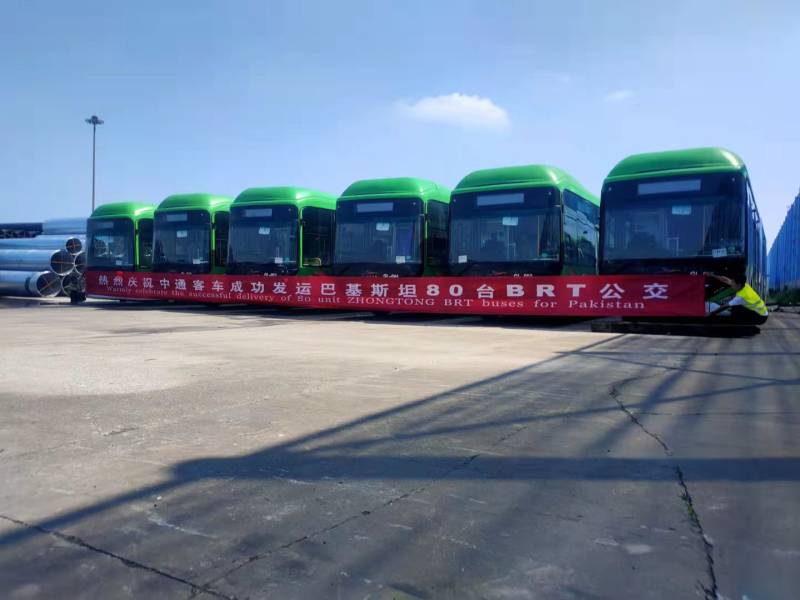 KARACHI – A Chinese vessel carrying a cargo of the first batch of Green Line BRT buses from China has arrived at Karachi Port on Sunday (today).

Inshallah will unveil the state of art buses today at 3:30. Red carpet for the arrival of buses has been laid.#Karachi #Sindh #Pakistan #GreenLineMetro #MetroBus #MassTransit 🇵🇰🇵🇰 pic.twitter.com/A7Gm1KvVMP

Meanwhile, the second consignment of 40 more buses will reach Pakistan by the end of next month.

Earlier, Asad Umar had announced that the Green Line project will be made operational by November.

Initially, the cost of the project had been estimated at Rs16.85 billion. Later, the project was extended by another 10 kilometers and the estimated cost crossed the figure of Rs24 billion. The project includes 12.7 km elevated and 10.9 km at grade, and 422 meters underground, and has 25 stations across the country's largest metropolis.