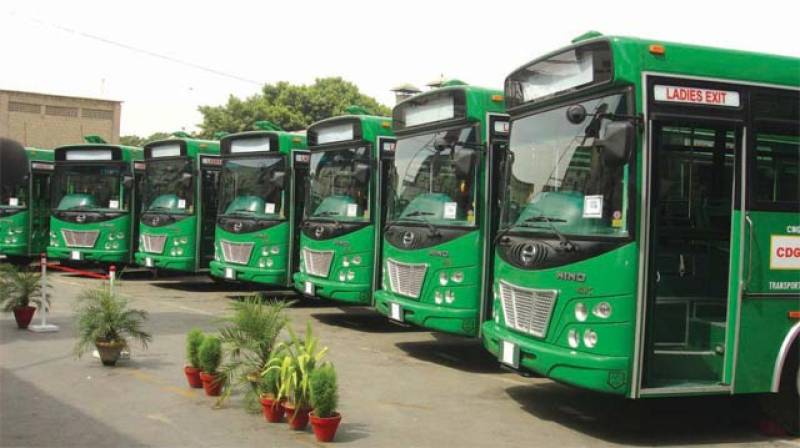 KARACHI – Green Line bus rapid transit system in the country’s financial hub has virtually come to a halt as expensive equipment for the construction of at least 22 bus stations is either stolen or destroyed.

Reports in Pakistani media cited that power cables, motors, aluminum sheets, chairs, and elevators have been stolen or damaged as the project remained stalled for one reason or the other, including political ones.

Karachi's Green Line project built at a cost of billions of rupees is being destroyed. Theft of electronic equipment ordered for the construction of Green Line bus stations has been revealed. pic.twitter.com/FLhKzklKPh

It’s been almost half a decade as Karachiites are still waiting to see the first metro bus in the country’s largest city. During these long years, the residents suffered a great deal due to the dug-up along the 26km stretch of the bus route making the commute difficult and lengthy besides loss of business in consequence of the construction work and dust-filled atmosphere but all of the anguish seemed to go in vain as still there’s no chance for the completion of this project by September this year.

Besides the poor infrastructure, the much-awaited project seems to be surrounded by other troubles as a European giant offering its technological support for the project is knocking at the doors of the country’s anti-graft.

Spain-based GRUPSA highlighted that one of the Pakistani contractors of the federal government-funded project has fraudulently dented billions of rupees to the national exchequer in its name, badly damaging its repute and professional standing.

In a complaint, it maintained that its repute was at stake as the government of Pakistan was being charged more than two and a half million euros for the services in the name of the Spanish company.

The company’s letter to federal investigators requested that the matter be investigated immediately and the culprits are proceeding against in accordance with law for this electronic forgery, unauthorized use of identity, electronic fraud, corruption, and embezzlement. The public money should be recovered at the earliest, it said.

PESHAWAR - The issues and problem with Bus Rapid Transit (BRT) Peshawar are not coming to an end after one more bus has ...

The federal-funded project was inaugurated by ousted Prime Minister Nawaz Sharif with the initial cost of Rs16.85 billion. Later, the project was extended by another 10 kilometers as initially sought by the Sindh government and the estimated cost crossed the figure of Rs24bn.

PESHAWAR - The Bus Rapid Transit (BRT) has restored its service today (Saturday) after a comprehensive inspection of ...