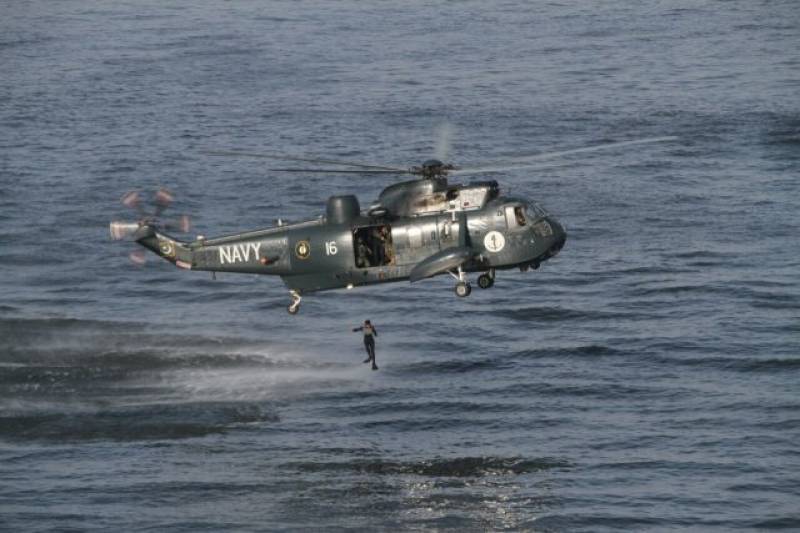 ANKARA - The Turkish naval forces moved a special jet on Monday to recover the debris of Pakistan’s Navy helicopter that had crashed in the Arabian Sea last week, killing one officer.

According to a statement issued by Turkish Armed Forces, the A-400M military transport aircraft was dispatched on the request of Pakistan for the search for a military helicopter falling into the sea.

The Turk forces also shared a picture of the rescue mission comprising Pakistani search and rescue team from the Turkish Naval Forces.

The Pakistani aircraft, PN Sea King, was on routine operation when it crashed.

Among seven people onboard, three survived and managed to escape the chopper after the crash; three officials went missing, for which a rescue operation is still ongoing.

The martyred officer named SSG-N operator Akhtar Ali, who also took part in a bilateral exercise with Egyptian Special Forces in the past, was laid to rest with honour on Saturday.