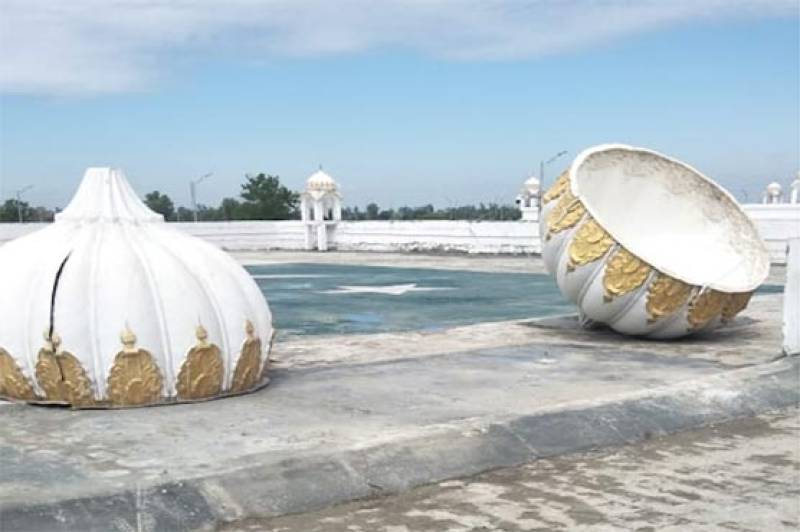 Responding to media queries regarding damage to a few domes of due to the strong winds caused by a severe storm, the FO spokesperson stated that the domes damaged on the night of 17 April have already been repaired. The repair work was completed within 24 hours of damage.

The Sikh community in Pakistan and all over the world is appreciative of the Government of Pakistan’s efforts for operationalizing Kartarpur Corridor. The work on the world’s biggest Gurdwara, the Kartarpur Sahib, was completed in record time by Pakistan last year.

The magnificent newly-built Gurdwara Kartarpur Sahib compound is a gift by the people of Pakistan and its leadership to the Sikh community. The opening of the Kartarpur Corridor on the occasion of the 550th Birth Anniversary of Baba Guru Nanak was a historic decision by the Government of Pakistan, reflecting its respect for the religious sentiments of the Sikh community across the globe.

When asked if the Indian side had raised the issue of damaged domes with Pakistan through a Note Verbale, the Spokesperson stated that the domes had already been repaired before the Indian Note Verbal was received.

The Spokesperson added that it was ironic that a country where the religious minorities did not feel safe and where their places of worship were routinely destroyed under patronage of state machinery had the temerity to raise the issue of minor damage caused to a religious site elsewhere due to a natural calamity.

India would be well-advised to take steps to effectively protect the minorities and their places of worship, rather than feigning concerns for the rights of minorities elsewhere.