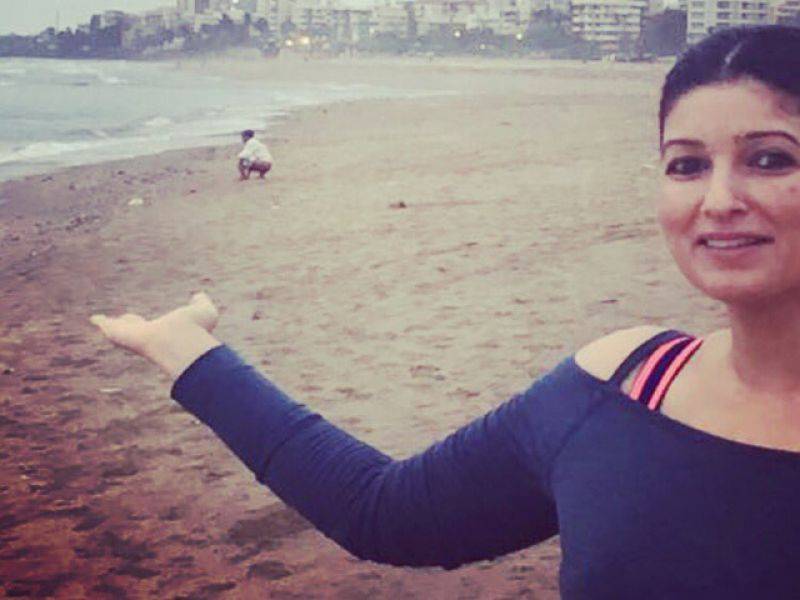 Mumbai - As the latest movie of Indian actor Akshay Kumr, Toilet: Ek Prem Katha is hitting the box office strongly, his wife actress Twinke Khanna on Sunday shared a picture spotting a man, who is defecating in the open on a beach in Mumbai.

Apparently exposing hollow claims of declaring Mumbai open defecation-free city by the government, Twinkle tweeted a picture in which a man can been seen defecating on the beach with a message: "Good morning and I guess here is the first scene of Toilet Ek Prem Katha part 2". She tweeted it with a hashtag #WhenYourWalkGoesDownTheToilet.

In another tweet, she said, "Exactly!The public toilet is a 7-8 minute walk from this particular spot."

Exactly!The public toilet is a 7-8 minute walk from this particular spot... https://t.co/4533Q4YbWy

It is notable that Indian government has launched a campaign against open defecation, Swachh Bharat Abhiyan initiated by Prime Minister Narendra Modi.