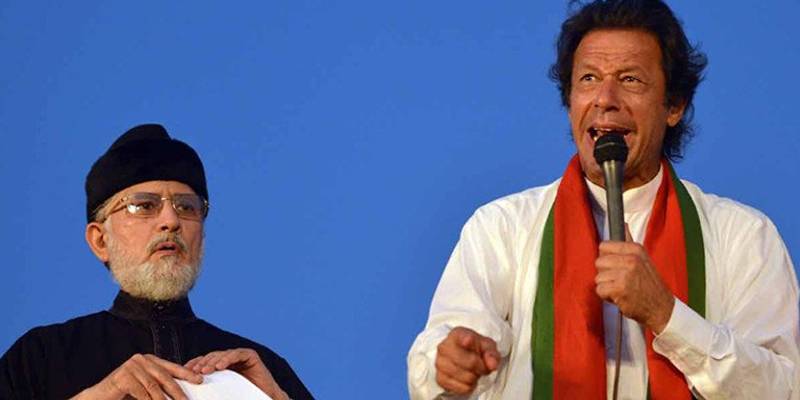 The court, which on Friday ordered to temporarily seize the properties of Imran Khan and Tahir-ul-Qadri till their production in court, adjourned hearing of the case to August 24.

The court was told that SSP Asmat Junejo was in US due to which he could not attend the court proceeding.

The main witness ASI Ghulam Mustafa while deposing before the judge said that he had obtained the copy of arrest order of Imran Khan and Tahir-ul-Qadri.

He added that he started an investigation after getting a copy of the FIR.

The case relates to August 2014 when violence broke out in the federal capital as PTI and PAT supporters attempted to break a police cordon and storm the red zone housing PM House and National Assembly using cranes to remove barricades.

According to media reports, the clashes between police and protesters resulted in the deaths of three people and caused injuries to over 560. Of the injured, 77 were security officials deployed in the Red Zone, including Islamabad Operations SSP Asmatullah Junejo.

The decision to march towards the PM House and Parliament was taken after negotiations between the government, PTI and PAT had failed to end the impasse over the resignation of Prime Minister Nawaz Sharif following PTI's allegations that the 2013 elections had been rigged.

Talking to newsmen outside the court, Aziz lamented that the case, in which Imran Khan, Qadri and several others were booked was being subdued.

“The case also involves 40 to 50 ‘unknown persons’ who were never properly investigated for the violence during the [August 2014] sit-in,” he said and requested Prime Minister Nawaz Sharif to form a judicial commission or carry out a parliamentary inquiry into the case.