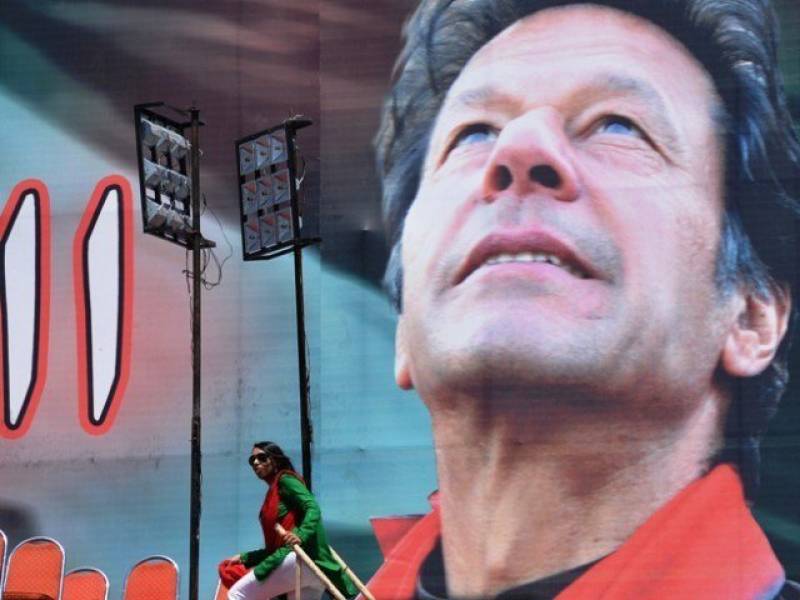 ISLAMABAD - Pakistan Tehreek-e-Insaf Chairman Imran Khan will visit four cities in one day as part of his party's election campaign, the PTI sources said on Friday.

Khan's whirlwind tour on Saturday will take him to Bannu, Karak, Islamabad and Lahore where he is expected to attract large crowds as the cricketer-turned-politician is running for top office in the South Asian country.

The PTI chief was in Bahawalpur earlier today, where he said “one who cannot reform the institution cannot curb corruption.”

We will unite the nation, lead by example, reform civil service and make exemplary institutions. We will cutdown govt expenses and spend exchequer’s money on public welfare. - @ImranKhanPTI in Multan #جنوبی_پنجاب_کپتان_دا pic.twitter.com/H5uXvFSuUb

Addressing his supporters, Khan said that his party would reform the institutions to ensure accountability, work for conservation of water and build Bhasha Dam besides empowering the farmers if its comes to power.

“We will build the Bhasha Dam and take all necessary measures for conservation of water,” Khan said.