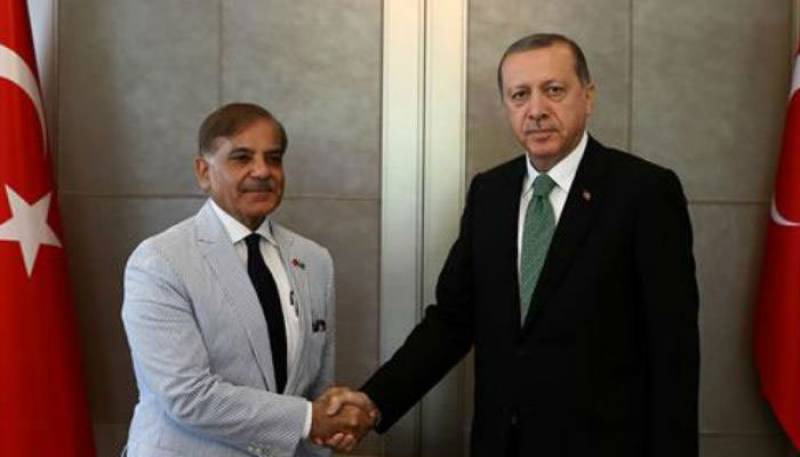 LAHORE - Ahead of general elections in Pakistan, Turkish President Recep Tayyip Erdogan has extended his good wishes for the embattled Sharif family and coming polls.

Erdogan, who was reelected as President in the recent tightly-contested elections, expressed his wishes in a letter sent to Pakistan Muslim League-Nawaz (PML-N) President Shehbaz Sharif.

The president also praised the former chief minister of Punjab, stating that bilateral ties strengthened because of Shehbaz's efforts.

The 2018 elections in the country are going to be held on July 25 marking a second consecutive democratic transition in Pakistan.

Political fever continues to rise as all political parties and independents are running their  elections campaigns. Political rallies are being held in different cities by all parties to woo the voters.

However, the Sharif family has landed into a difficult situation after former premier Nawaz Sharif and his daughter Maryam Nawaz was sentenced to prison in the Avenfield case by the accountability court.