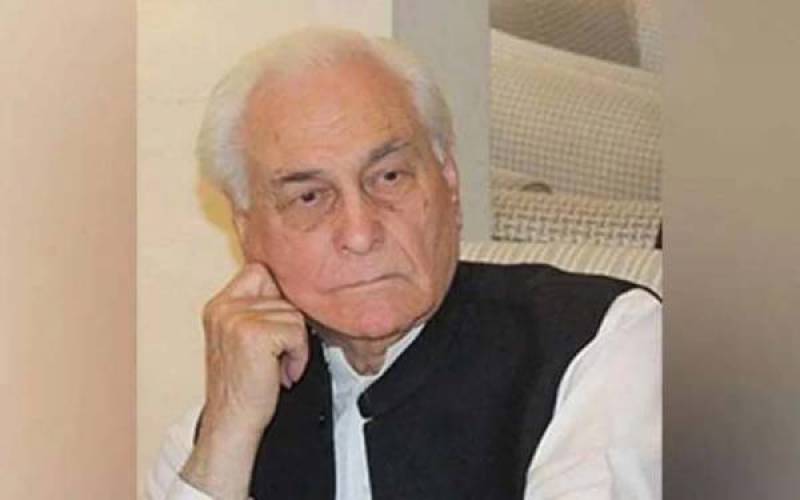 ISLAMABAD - The caretaker Interior Minister Azam Khan has denied the media reports that he was stepping down, in the wake of controversy that stemmed out of Zulfi Bukhari's offshore visit despite travel embargo.

In an interview to a private television channel on Tuesday, the minister highlighted that neither he was resigning, nor the option was on the cards.

'I have also received a phone all from the PM House in this regard, however, I will continue to perform my duties diligently,' said the minister.

Khan clarified that the reports regarding the expulsion of Zulfi Bukhari's name from the Exit Control List were baseless and unfounded.

ISLAMABAD - Pakistan Tehreek-e-Insaf Chairman, Imran Khan has strongly repudiated the news reports that he used his ...

The explanation came in the pretext of media reports that Azam Khan had succumbed to the criticism over the mysterious visit of Imran Khan's close confidante, Zulfi Bukhari to Saudi Arabia despite being on the Exit Control List.

Bukhari, a British businessman, headed to the Oil-rich kingdom in the last week of Ramazan along with PTI chief Imran Khan and his wife Bushra Maneka, earning ire from social media and political analysts.

As Bukhari is facing investigations by the National Accountability Bureau, the chartered plane bound to carry him was not allowed to leave following which the group remained stuck at the Nur Khan airbase for around three hours.

Earlier it was reported that Imran Khan had used his political clout to strike Bukhari's name off the ECL - a charge Khan vehemently denies.

In a recent interview, the PTI supremo clarified that it was necessary to hire a private jet because he wanted to spend the 27th night of Ramazan at Islam's holiest place.