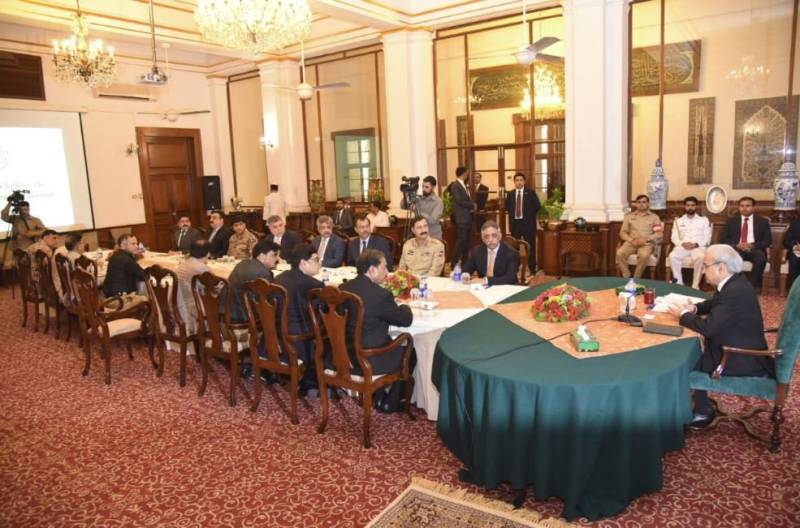 The premier discussed the political situation in the province, among other matters, said a spokesperson of the governor.

PM Mulk also chaired a meeting to discuss the law and order situation in the city and the arrangements being made to ensure free, fair and peaceful elections.

The prime minister earlier visited the mausoleum of Quaid-e-Azam Mohammad Ali Jinnah to pay tribute to the father of the nation. He was accompanied by Governor Mohammad Zubair on the occasion.